We all know Santa will be eating a ton of cookies in a few days’ time, so what exactly does he do to prepare for such a thing. Well the Northland found just that out at this year’s Wild Santa 5k.

This past weekend marked the third annual Wild Santa Run 5k put on by the Duluth Running Company and Wild State Cider.

Despite the cold temperatures and flurries, over 350 Santa’s took part in the fun event.

“I’ve never done, like a costume run before. I felt like I could miss out on an opportunity to run with a ton of people dressed as Santa Claus. I think the snowy weather just makes it that more perfect,” said runner Megan Serratore.

Each participant was decked out more than the halls, given a 5 piece Santa suit to wear during the run. Along with beards to put on their chins as white as the snow 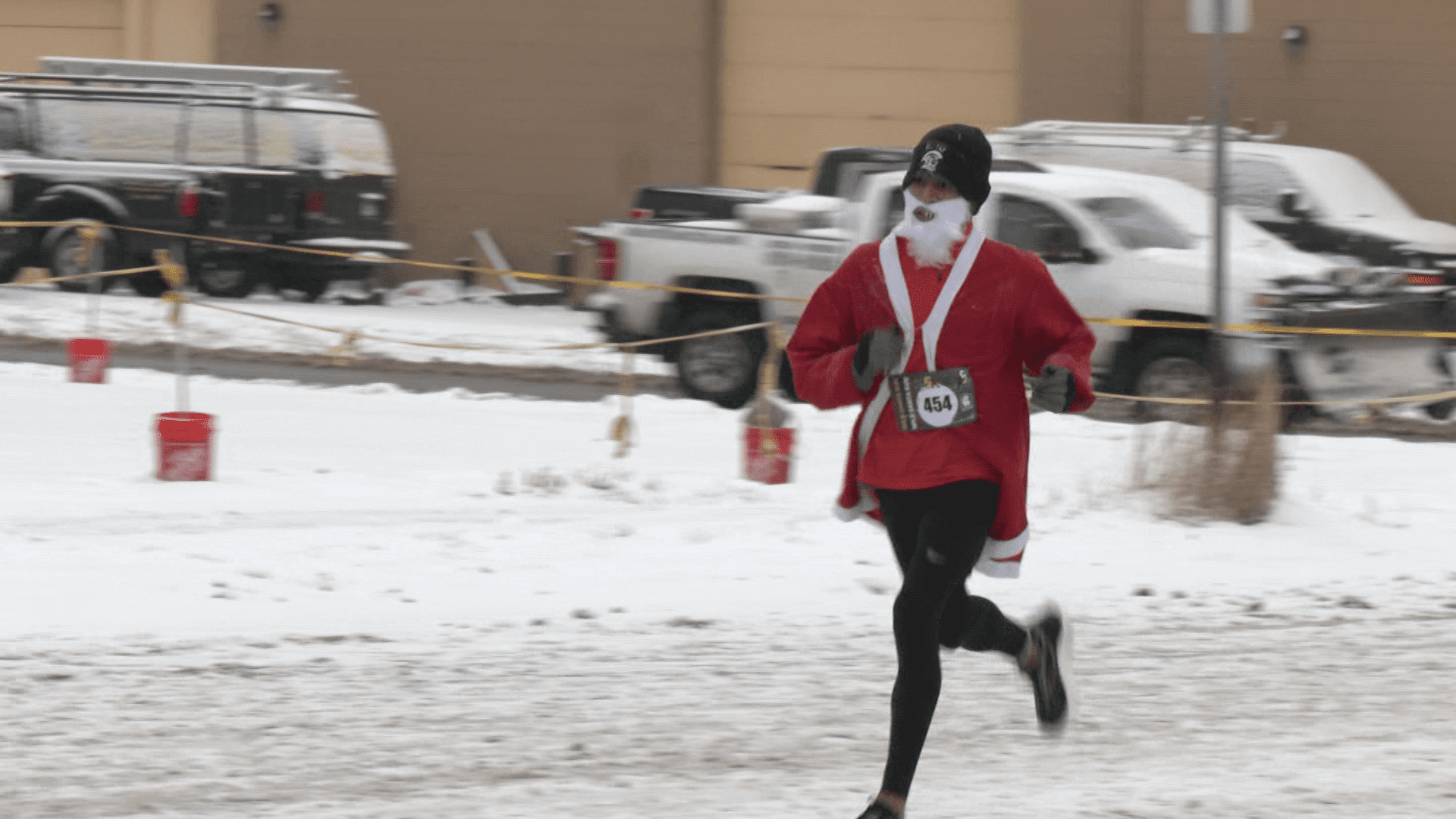 However some of that regalia was a little tough to run in, causing a few rips and tears.

“Just our jackets started splaying open. It was definitely like running in a greenhouse and it was very warm. The beard also got caught in your mouth a little bit. I mean the costume is what made it so much fun,” claimed participant Sydney Carels.

It is common for runners to enter into races with either a goal or a person you are running for, but for these Santa helpers there was only one thing on their minds this holiday season.

“When I was running down the street about a half a mile before the finish, a spectator yelled out who I ran for. I immediately said for the North Pole and I think that was the most fitting answer,” concluded Serratore.