UMD men’s hockey wins in overtime to get split

The University of Minnesota Duluth (UMD) men’s hockey team was looking to split their series against Omaha after falling 3-2 on Friday.

Ben Steeves was on fire in the game, scoring the go ahead and 2-1 lead taking tally.

Omaha tied the game at 2-2 late in the third period, forcing overtime.

In the extra frame Quinn Olson was the hero, scoring the game winning goal.

As UMD responded with a 3-2 win, registering a total of 42 shots in the game. 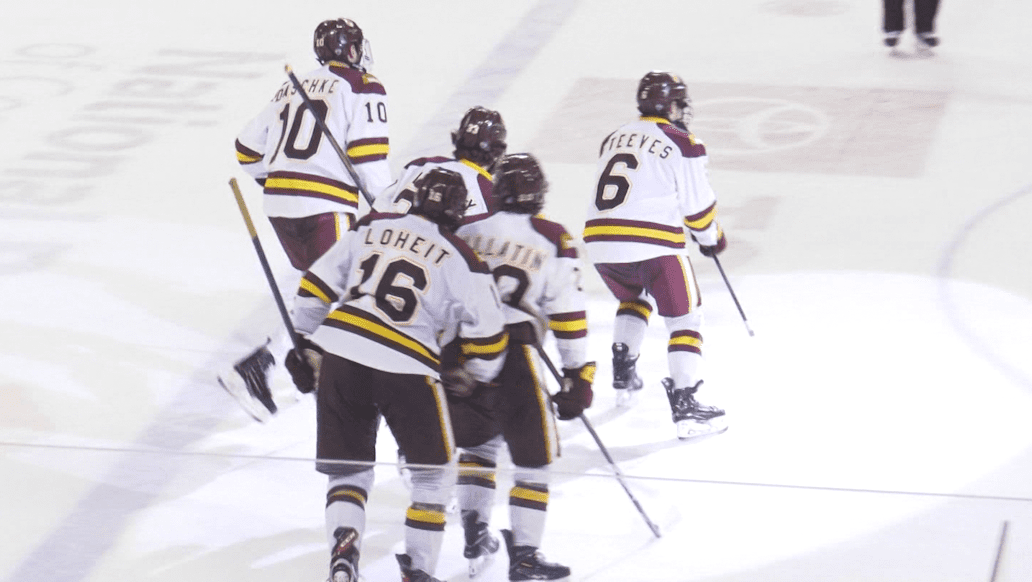