On Monday prep teams across Minnesota, from tennis to swimming to football and beyond, were able to host their first official day of fall practice.

For Duluth Denfeld football the transition from summer workouts to running routes at Public Schools Stadium went the smoothest it has since the onset of the pandemic.

“This is my fourth year and this is the first year we’ve been able to use our entire facilities all year round,” head coach Erik Lofald explained. “It’s crucial for football. You need to be in the weight room, you need to be building team cohesion through being together.”

“It was very helpful,” senior Dylan Allen shared, a running back and linebacker for the Hunters. “Everybody actually showed up because of it. They were very excited to have all this new stuff, we got a whole new weight room, everybody was very happy about it.”

A tough schedule held them out of the win column last year finishing 0-9. However the Hunters added that the full access to updated facilities has also improved their mental game. 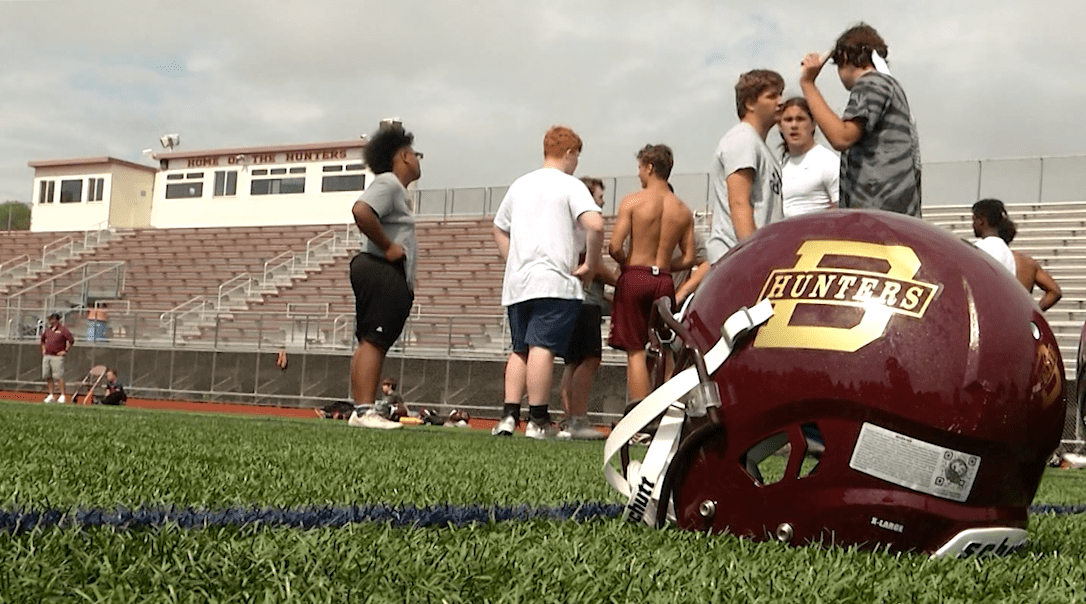 “This last year there has been a lot of mental struggle from the entire team and I feel like working out and playing football is a good release,” junior defensive end/tackle Ben Bandy said. “We have seen a lot of improvement, a lot of muscle gain. We’ve seen a lot more dedication from the team.”

Stay tuned to WDIO throughout the week for continued preseason coverage of Northland prep sports.