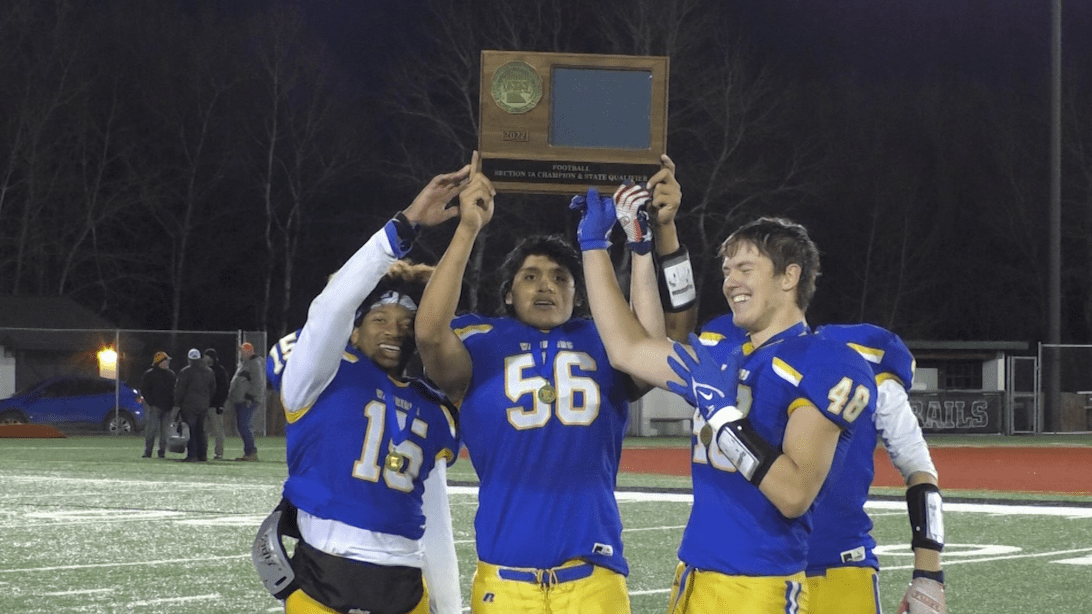 In the Section 7A football final it was defending section champs and top-seeded Deer River faced second seeded Barnum Friday in Proctor looking for their first trip to state since 2012.

Barnum’s Ryan Manahan opened the scoring of the game with a receiving touchdown.

Ethan Williams of Deer River recorded their first score of the game, as the Warriors won their program’s 15th section title by a final score of 26-14.

“Well, it’s a good senior crew. You know, this has obviously been their goal all year. They were there last year. Matter of fact, this crew’s been there four times, this is their fourth trip. So I am just really proud of them,” said head coach Brent Schimek.

“I’m not satisfied. I want a ring this year not just an appearance. I want a banner at our school and I’m just excited for it,” concluded senior quarterback Sam Rahier.

The State Tournament brackets are set to be released on November 7th.