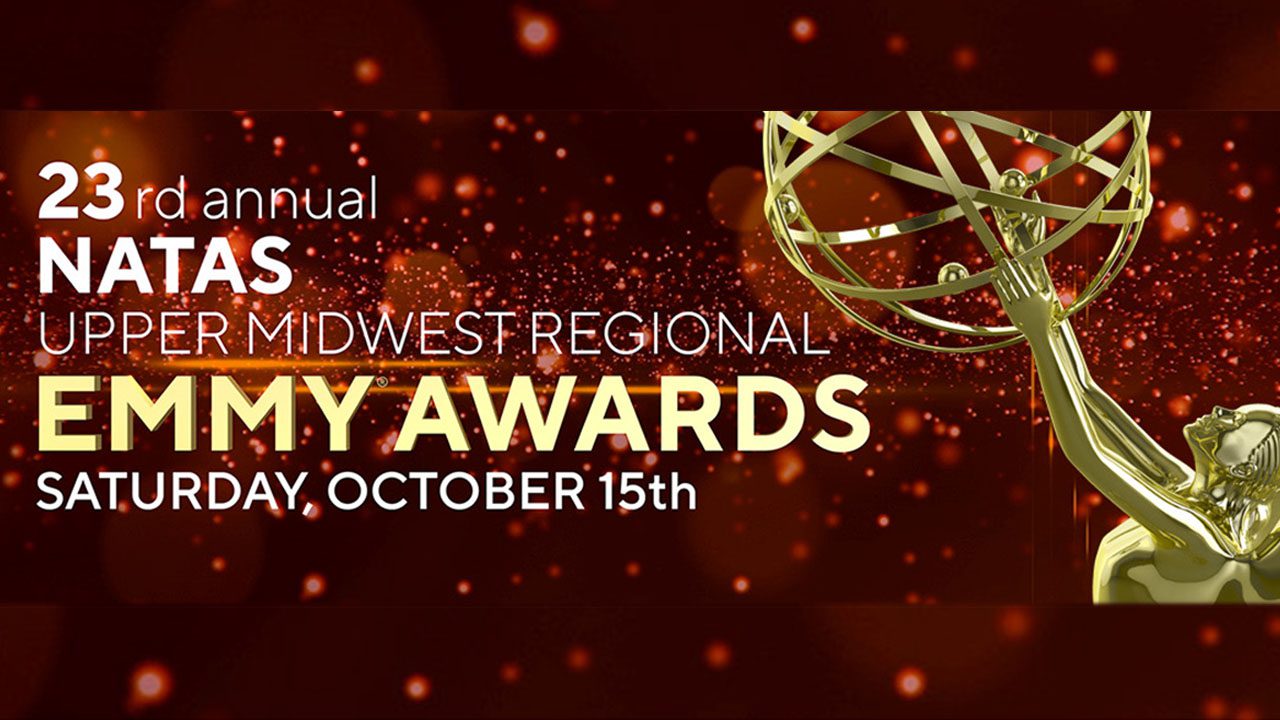 The Emmy Awards will be presented during the Upper Midwest Regional Emmy Awards Gala on Saturday, October 15 at the Radisson Blu Mall of America in Bloomington, MN.

Duluth, MN — WDIO News has received five (5) Regional Emmy Nominations. The announcement came on Friday, September 2 from the National Academy of Television Arts & Sciences, Upper Midwest Chapter. With the most recent recognition, WDIO News has been honored with 79 Emmy Nominations since 2000.

WDIO Storm Team Meteorologist Brandon Weatherz was nominated in the “Talent – Anchor – Weather” category. This is awarded to overall individual excellence in weather for every day on-air production, accuracy and storytelling capabilities.

The Lift anchor and WDIO News at Six co-anchor, Baihly Warfield and Photojournalist Kyle Aune were nominated in the “Lifestyle – News” category. The nomination is for their series, “Summer of State Parks.” From lighthouses to hiking, waterfalls and campers, State Parks are a staple of life in the Northland. Adventure awaits in many of the area’s lesser-known parks. Baihly Warfield took viewers on the road to some of the best outdoor spots they might not have known about. Watch series here.

WDIO Storm Team Meteorologist Brandon Weatherz and Photojournalist Kyle Aune were nominated in the “Weather – News” category. The nomination is for Brandon’s “Weatherz School,” including stories about why the skies turn red during sunsets; ingredients needed for rainbow formation; what causes wind; and explaining thunderstorm cap. You can watch these stories and more on the Weatherz School.

WDIO Branding Manager Aaron Wernimont was nominated in the “News Promotion – Topical” category for the promo, “Winter Weather Ready.” This spot asked the question, would we have a mild winter, or will we have ‘fun’ with plenty of snow? The spot featured Chief Meteorologist Justin Liles working on his winter forecast, comparing data to past years.

“We’re proud to have members of our newsroom nominated for Emmy Awards again this year,” WDIO News Director Rob Heverling said. “We don’t think about winning an award when we’re covering a story, but it’s always gratifying when others in the news industry tell us our work is award-worthy.”

The Upper Midwest Chapter of the NATAS was established in 2000, and currently includes Minnesota, North Dakota, South Dakota, Northwestern Wisconsin and a portion of Iowa. The National Television Academy is a professional service organization dedicated to the advancement of the arts and sciences of television and the promotion of creative leadership for artistic, educational and technical achievements within the television industry. It recognizes excellence in television with the coveted Emmy Award for News & Documentary, Sports, Daytime, Creative Arts, Public & Community Service, Technology & Engineering/Advanced Media and Business & Financial Reporting. Excellence in Primetime programming and international programming is recognized by its affiliate, the Academy of Television Arts & Sciences. Regional Emmys are given in 19 regions across the United States.