The sporting world is full of stories from great plays, to records broken, and even inspirational ones, like Mason Archibald. A sophomore at Proctor High School he is visually impaired but is still pursuing his running dreams.

"I was inspired by a book on WWII, it was called ‘Unbroken’. It was a great story and it inspired me because I want to go to the Olympics and run some day in the very far future,” said sophomore track & field runner Mason Archibald.

The inspiration now rests not on the past but the present, and Mason’s shoes, as he proves that if he can do it anyone can.

“The main reason that I feel like I’m inspiring people is because I want to show people that I’m blind but I can run just like you can,” added Archibald.

For Rails’ coach Nathan Johnson, this may be Mason’s first season but the effect he’s had on the team, on and off the track, is second to none. 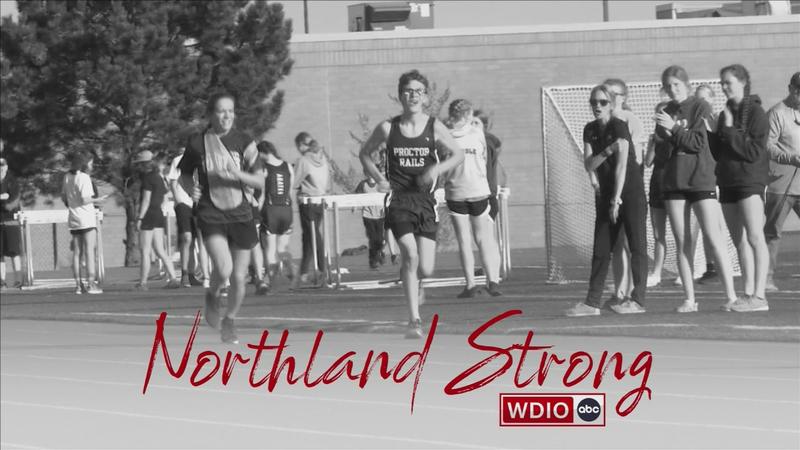 “I have a tremendous amount of respect for him to be willing to trust the team and the coaches to do this," Johnson shared. "I was really excited when he said he was going to do this and wanted to try running and track."

Johnson added, "we have some core values on our team and its respect, integrity, and hard work. Those are important to me and Mason illustrates those every day in practice. He is respectful to everyone, he shows immense integrity in everything he does. He works really hard, he’s one of the hardest workers on our team. It has been super fun to watch him become part of the team and compete."

Mason also uses a guide runner, former Proctor track star and now College of St. Scholastica athlete, Annika Voss. She’s helped him reach his goals, all while motivating those around him.

“Don’t let anything stop you from doing what you want to do," Archibald said. "There is no barriers, if it seems like there is no solution, there is always a solution to whatever you are going through. That doesn’t just apply to sports, it applies to life in general."

Mason has since set his own personal record in the 800 meter with a time of 3:05.