Hoping for the best is something most of try to do as we make our way through life. Often times things turn out just fine, but when they don’t, having support from others can make all the difference. This is a lesson demonstrated well by a northland husband and wife, Greg and Juliana Grell.

From outward appearances, Greg has seemed like the picture of health. Hiking and traveling with Juliana – but appearances can be deceiving.

"When Greg and I we’re dating," Juliana said, "I was aware that this was a family condition."

A family condition that, for much of his life, Greg hoped he had escaped. 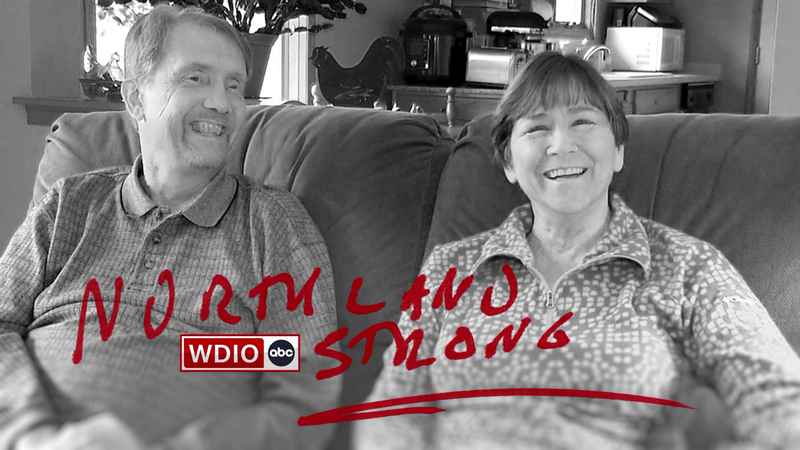 The it, is polycystic kidney disease. Greg’s father, brother and sister all had it and all had to have kidney transplants.

Greg explained that with this disease cysts eventually crowd out the ability of the kidneys to filter blood. He said the blood doesn’t get as clean as it should, because the kidney isn’t functioning.

The prognosis was confirmed, he did not escape the inherited family condition, and his health worsened.

Juliana started noticing a change in his his color. "You know, I could see it in his face. I could see that he looked haggard and it was just not a normal color for him."

Approximately 87,000 Americans are currently on the waiting list for a new kidney. Greg became one of them.

"I knew, because I would do some work or something and I would get tired real quickly and it was getting worse and worse."

Every 90-minutes someone dies waiting for an organ transplant, waiting for someone with the words, Organ donor on their driver’s license to, sadly perish, and to also be a match.

Greg’s health got to the point where he said he was likely just weeks away from having to go on kidney dialysis. With time running out, Juliana took action. She decided to try and donate one of her kidneys to Greg. But they were let down again when the tests proved her kidney was not a match. But then they heard of something new, a life-changing idea from a very unlikely place.

"I first became aware that something else was possible in a Grey’s Anatomy segment," Juliana said with a smirk. "They had a couple of patients who both needed kidney transplants."

That episode of Grey’s Anatomy happened to be about organ donors who don’t match their loved ones in need, but could likely be a match for someone else.

"I had no idea that this program even existed," Julihttps://www.kidneyregistry.org/ana said. "And it needs to be publicized because I don’t think people realize that if they do have a willing donor in their life who doesn’t match, they can go this way."

It’s called the paired exchange organ donor voucher program. People who feel called to simply help another human being are able to donate a kidney without having a specific recipient in mind. And by Juliana donating one of her kidneys to the program, Greg got bumped up on the list to receive a kidney, which he did just three weeks ago.

And Juliana is too. She said she’s now feeling perfectly normal and both of them are getting stronger every day.

Greg now has a kidney from a healthy man half his age. They were told it was from a 28 year old man from Portland, Oregon. Greg smiled and said, "We’ve been calling it my hipster kidney, but we’re just making assumptions there."

Greg and Juliana’s main reason for sharing their story, is to let people know there are options in doing a living donation. They want to remind people that you don’t have to wait until after you’re gone to help others.

In a touching moment of reflection, Greg looked at his wife seated next to him on their living room couch and said, "I mean, just the sacrifice that Juliana made, you know it’s pretty amazing to me because not just anybody would do something like that."

Equally moved, Juliana looking back at Greg softly responded, "I’ve heard it said that love is an action word. It’s deciding that you are going to love this person, that you’re going to care for them."

Greg and Juliana want to thank the doctors and nurses at M-Health Fairview University of Minnesota medical center for helping them on their incredible journey. They are planning to be back out hiking and kayaking together again soon, because they are – Northland Strong.

For details on the paired donor match program, click here.