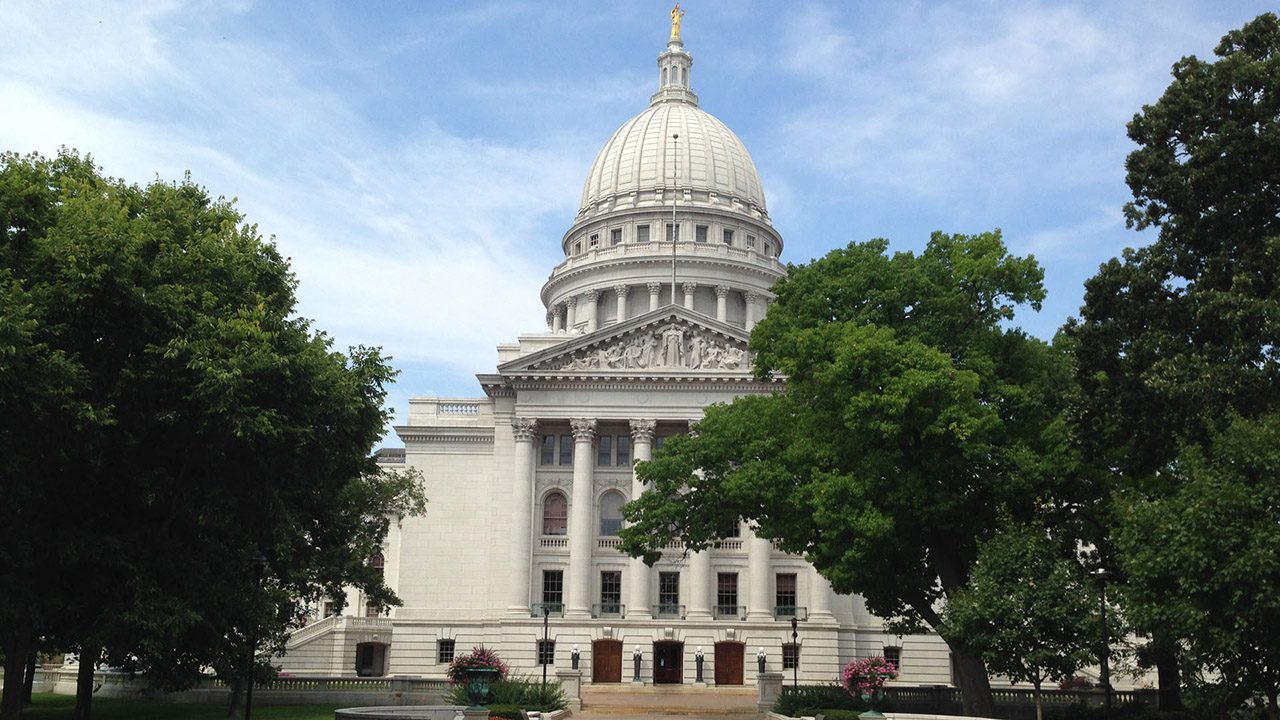 MADISON, Wis. (AP) — The Republican leader of the Wisconsin Senate proposed implementing a flat 3.25% income tax rate on Friday, a plan that Democratic Gov. Tony Evers has vowed to block saying it benefits the wealthy over the middle class.

The conflict comes as both sides say they want to tap a nearly $7 billion state budget surplus to lower taxes. Evers has also listed other costly priorities that will compete with cutting taxes, including increasing funding for K-12 public schools and giving local governments more money.

Republican Senate Majority Leader Devin LeMahieu’s proposal, which he circulated for co-sponsors on Friday, would phase in a flat income tax rate of 3.25% by 2026. Each of the brackets would gradually decrease over that time before becoming one. Income tax rates are currently split into four brackets, ranging from 3.54% for those earning up to $12,760 to 7.65% for those earning more than $280,950.

Last fiscal year, the state collected about $9.2 billion in income taxes. Under the plan by 2026, the state would collect roughly half as much, depending on inflation, economic growth and other factors.

For taxpayers, the average tax decrease would be $4,415 over the four-year phase in period and about $1,800 a year after that, according to the fiscal bureau.

LeMahieu argues the move will make Wisconsin more competitive. He contends in the memo sent to lawmakers Friday that a flat tax will help Wisconsin businesses that are structured in such a way that they pay personal income taxes.

LeMahieu also argues that Wisconsin’s top rate is out of whack nationally, with 31 states having a top rate that is lower than Wisconsin’s third tier rate of 5.3%. By moving to a flat 3.25% rate, only 11 states will have a lower top individual rate, LeMahieu said.

Other Republicans, in arguing for the move, have also pointed to neighboring Illinois, a state run by Democrats, which has a flat personal income tax rate. Illinois voters in 2020 also rejected a constitutional amendment that would have allowed for lawmakers to change that and institute a progressive income tax system like Wisconsin’s.

Evers and Democrats in the Legislature are against the flat tax, saying it will primarily benefit wealthy people.

“When we deliver tax relief, it should be targeted to the middle class to give working families a little breathing room — not to give big breaks to millionaires and billionaires who don’t need the extra help to afford rising costs,” Evers tweeted Friday. “That’s just common sense.”

Under LeMahieu’s plan, for example, those already in the lowest tax bracket would see only about a quarter percentage point tax cut, while the wealthiest would have their tax rate cut in half.

Democrats don’t have the votes to stop the measure from passing, but Evers can block it with his veto.

“I don’t see that as something that I could support,” Evers said of the flat tax last month. “I believe that targeting the middle class is where we should be. We should continue to have a progressive tax system.”

Evers’ $600 million proposal would also cap copays for insulin at $35, repeal the state’s minimum markup law in an attempt to lower gas prices, cut taxes for seniors on fixed incomes, expand property tax relief for veterans with disabilities, and attempt to lower the cost of caregiving and child care.

The debate over what taxes to cut and by how much will be a large focus of the Legislature’s work this year. Wisconsin’s budget is projected to have a nearly $7 billion surplus, fueling support from both Republicans and Democrats to cut taxes. The last state budget, passed by the Republican Legislature and signed by Evers, cut income taxes by more than $1 billion.

Wisconsin’s total tax burden, which is total taxes measured as a share of personal income, fell to its lowest point in more than 50 years in 2022, according to the Wisconsin Policy Forum. However, the state’s average income tax rates are more favorable to high- and middle-income residents and worse for those with lower income, the Wisconsin Policy Forum reported last year.