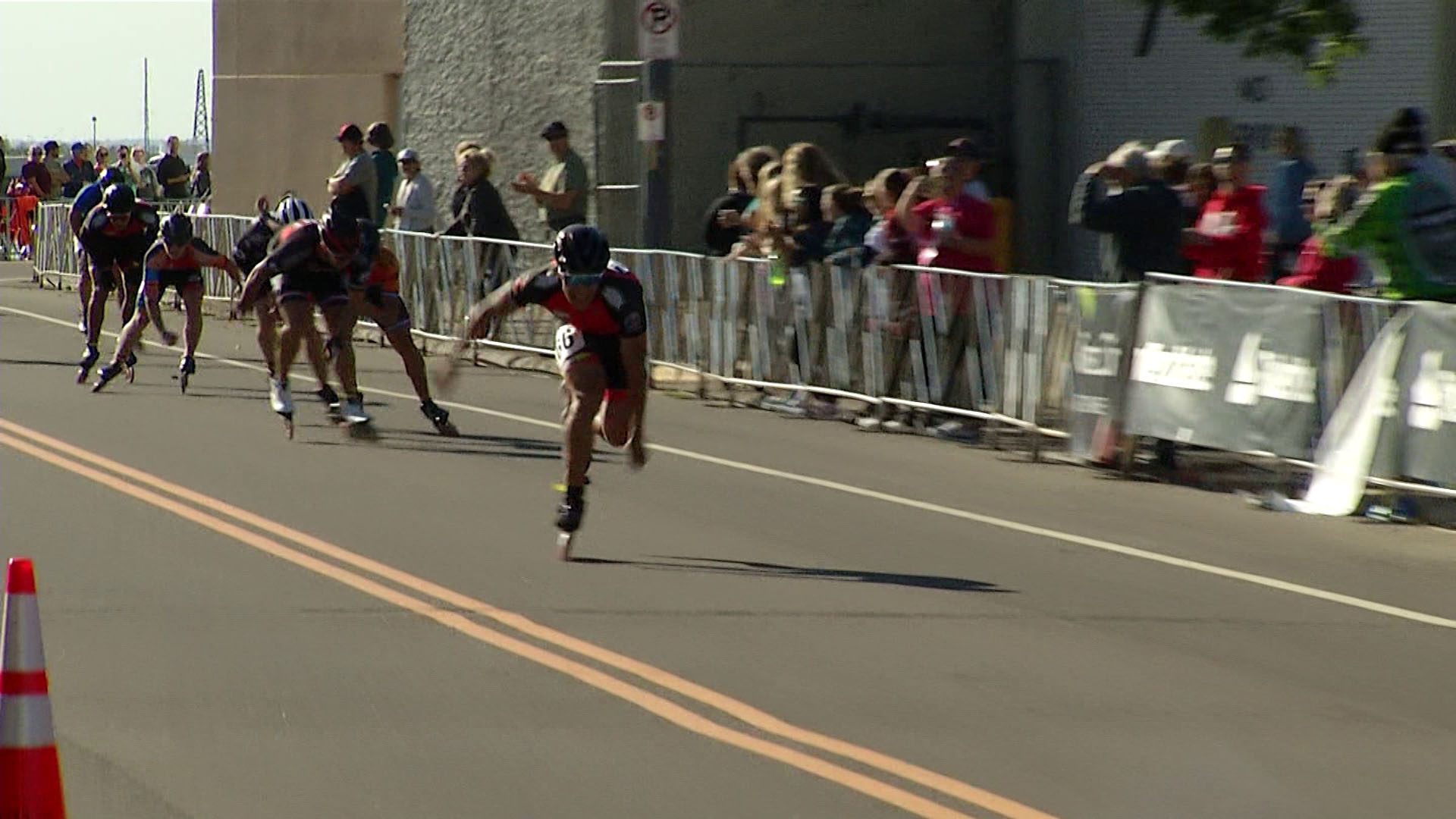 The 26th annual NorthShore Inline Marathon is Saturday, September 17. Founded in 1996, thousands of athletes of all ages will be participating in this year’s event, which includes inline skaters, roller skiers, and runners. The 26.2 mile course starts in Two Harbors and winds its way down Highway 61 to the finish in Downtown Duluth. Fans can gather along the race route to cheer on the athletes.

The City of Duluth would like to remind visitors and residents of traffic advisories during the weekend of the NorthShore Inline Marathon, September 16-17. Several area roads will close for this event. Parking will be prohibited on closed roads, and vehicles will be subject to ticketing and towing.

On Friday, September 16, at 3:00 p.m Harbor Drive between the Irvin slip and the Aquarium will close to traffic for Kid’s Inline Sprint Races. The Great Lakes Aquarium lot will remain accessible during this time. It will open at the conclusion of the Inline Marathon on Sunday, September 18 at 8:00 p.m.

This year’s race includes inline skaters, roller skiers, and runners competing in races of varying lengths and starting at various times between 6:45 a.m. and 8:45 a.m. Further race details can be found at www.northshoreinline.com.

Downtown Duluth and Canal Park will remain open to traffic during this event. Canal Park, Park Point, the Great Lakes Aquarium, and the DECC will be accessible by using Lake Avenue to Railroad Street or southbound on 5th Avenue West to Railroad Street.

The 5th Avenue West Viaduct will be limited to one southbound lane with no northbound lane. The open lane on 5th Ave. W. will allow access to the southbound I-35, the Aquarium, Railroad Street, and the DECC.