On Wednesday the University of Minnesota Duluth (UMD) announced Karly Brautigam as the new head coach for the men’s and women’s cross country and track and field teams.

She takes over for Laura Harmon who stepped down last month due to personal reasons.

Brautigam spent the past two seasons as the associate track and field coach at Macalester College.

Before that she spent four seasons as an assistant at Cornell College. While there she coached five NCAA All-Americans and 13 conference champions. Having spent a one year stint at the University of Sioux Falls, Brautigam is happy for the opportunity to return to the Northern Sun Intercollegiate Conference (NSIC).

"I started my career in the NSIC and was a multi-event coach, and was involved in cross country," Brautigam said. "I think everything is going to come together in the best way that it can to serve this group of student athletes." 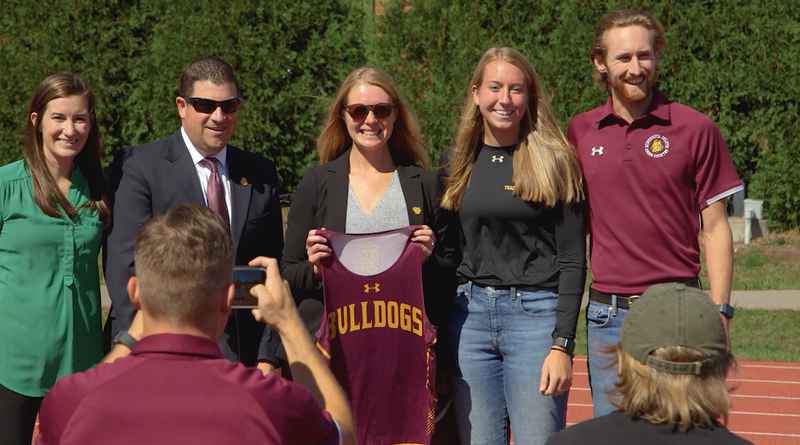 A graduate of Wartburg College, she had an impressive track career as a two-time Indoor All-American, with eight conference team titles and four NCAA team championships.

Officially starting at UMD on September 22, her first meet as head coach will be the Roy Griak Invitational Sept. 24 in Minneapolis.