The University of Minnesota Duluth (UMD) softball team hosted a doubleheader on Tuesday against Bemidji State University at Malosky Stadium.

The Bulldogs took care of business in the first match winning 10-2.

In game two, UMD would be down 2-0 early but a solo home run from Emma Frost got the Bulldogs on the board. 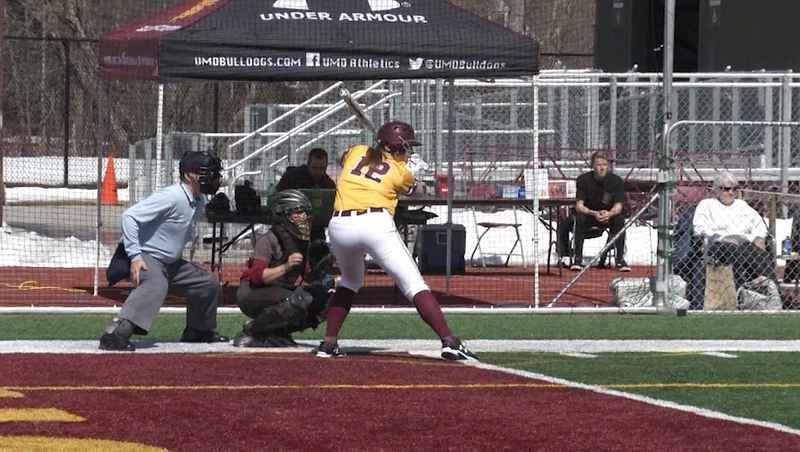 UMD's Emma Frost scores on her a solo home run on Tuesday.[WDIO/Nick Johnson.]