The University of Minnesota Duluth men’s hockey team was at home Saturday against Western Michigan University.

Noah Cates would open up the scoring for the Dogs in the first period. Connor Kelly would add the second tally for the Dogs.

Western would force over time, and split the weekend with a 3-2 win. 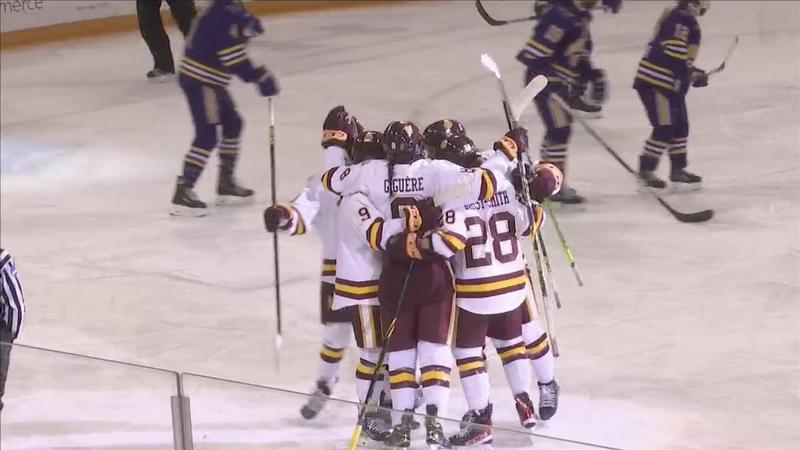 Elizabeth Giguere led the way one again for UMD, she posted two goals, one of which was on the power play.

As the Bulldogs sweep the weekend against Mankato with a 5-3 win.