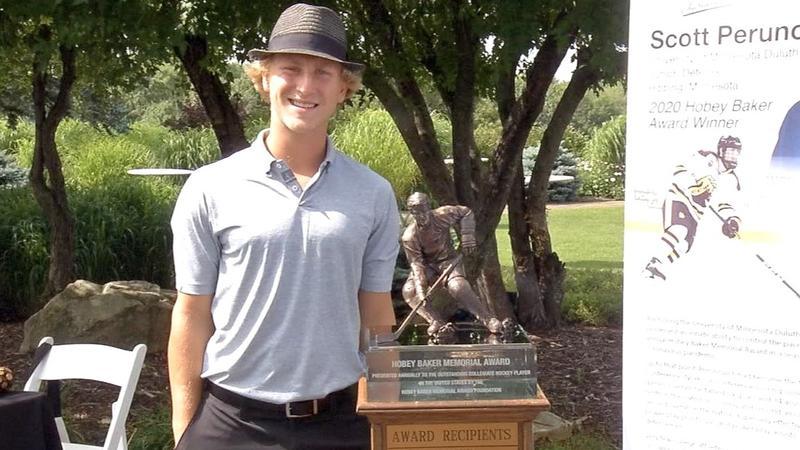 The St. Louis Blues have resigned 2020 Hobey Baker winner Scott Perunovich to a one-year, two-way contract. The defenseman put up 10 points with the Blues last season, including four in the Stanley Cup Playoffs, and 22 points with their AHL affiliate the Springfield Thunderbirds.