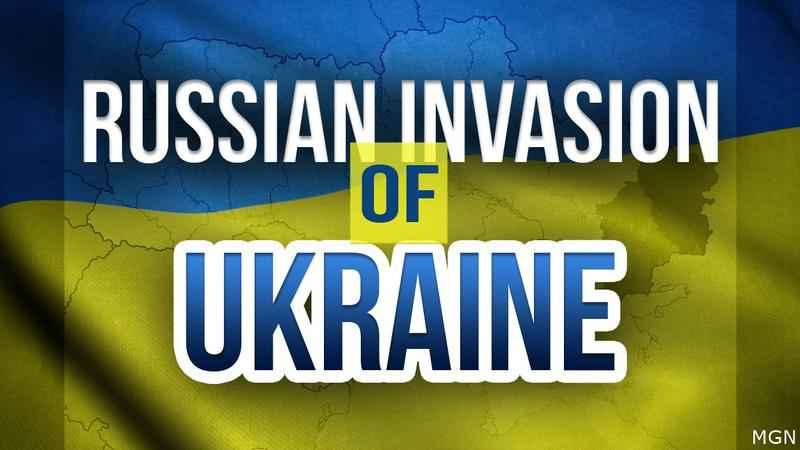 Ukraine says it retook a strategically important suburb of Kyiv, as Russian forces squeezed other areas near the capital and pressed their attack on the embattled southern port of Mariupol.

Explosions and bursts of gunfire shook Kyiv on Tuesday, and black smoke rose from a spot in the north.

Intensified artillery fire could be heard from the northwest. Russian forces also continued their siege of Mariupol after the southern port city’s defenders refused demands to surrender.

But the Kremlin’s ground offensive in other parts of the country advanced slowly or not at all, knocked back by lethal hit-and-run attacks by the Ukrainians.

US official: Russia shelling Mariupol from Sea of Azov

Russian ships in the Sea of Azov have been shelling Mariupol from offshore over the last 24 hours, a senior U.S. defense official said Tuesday.

The official said that there are about seven Russian ships in that area, including several warships, a minesweeper and a couple landing ships.

More broadly, the defense official said the U.S. continues to see Russia struggling to get food and fuel to its force, and has been seeing indications that some troops don’t have proper cold weather gear and are suffering frostbite. The food and fuel shortages have been persistent logistical and supply problems since the early days of the war.

The official said there also are indications that Russia is exploring ways to resupply troops and is considering bringing in reinforcements, but so far there has been no active moves seen to do either. There also are indications that Russian has used a significant number of its precision guided munitions, particularly its air-launched cruise missiles, and is exploring ways to resupply those weapons, the official said.

Thousands arrive in Lviv as others depart

Thousands of Ukrainians arrived by train in the western Ukraine city of Lviv on Tuesday as others departed.

Families exchanged tearful farewells as women and children boarded trains to Poland while men of fighting age stayed behind, barred from leaving the country.

Julia Krytska, her husband and and her son left Mariupol on Saturday, arriving in Lviv on an overcrowded train.

She said they were lucky to get out after volunteers found them in the besieged city that has lost nearly all connection with the outside world.

“The people in Mariupol, they don’t have a chance to be heard,” she told journalists at the train station. “There is no one you can ask for help.”

An air raid siren could be heard blaring over the city.