As the Ukrainian port city of Mariupol seems to be nearing a fall to the Russians, a Northlander born in Ukraine is determined to do what she can to bring victory to her homeland.

Bogdana Krivogorsky went to Ukraine in April to bring medical supplies and volunteer at a refugee center in Poland. Next week, she’s going back.

Before her trip, she got a big boost from the Superior Police Department.

Tuesday afternoon, Chief Nick Alexander’s office was filled with piles of ballistic vests. He said bulletproof vests have a service life cycle of about five years. 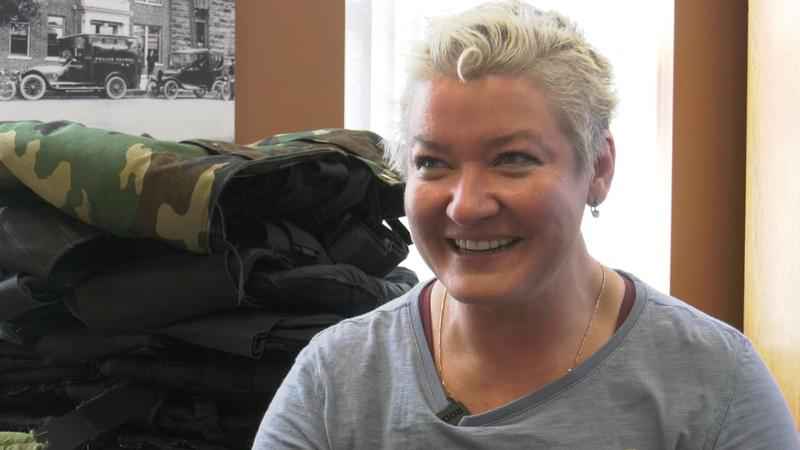 "They still have ballistic protection, they’re just no longer warrantied by the manufacturer," he said. "So for our officers, we always follow those guidelines."

He said the City of Superior likely would have had to pay to get rid of the old vests.

"Hopefully these items that probably would have ended up in a landfill here may save a life over there," Alexander said.

"These (vests) are old and used to the police department, but these are like brand new, these are like the best thing since sliced bread for the Ukrainians," Letica said.

He saw on Facebook that Bogdana had gone to Ukraine in April and reached out to find out what more he could do.

During her April trip, she delivered medical goods to hospitals in the Lviv area and heard stories about what was going on in Russian-occupied territories.

When she flies to Poland on May 25, she’ll be focused on helping the small, regional hospitals and rural Ukrainian cities, particularly Pustomyty, that may be overlooked by large organizations who are helping in the population centers like Kyiv. She’ll take as many as 16 bags with her.

"This is one of those very few, rare instances in life where this does make a difference," she said.

Not only will she bring Superior’s old ballistic vests, but she’s also collecting donations to pay for a shipping container that will be filled with medical supplies.

"The red tape is not going to touch it," she said. "I’m going to be personally there to clip the seal and get it delivered directly to the hospitals."

Tens of thousands of miles from the front lines of war, she sees a trunkful of ways to make a difference.

"I’m never lost at words, but today, I am. Seriously."

People can donate through Superior Choice Credit Union by giving to the account "From Duluth to Ukraine With Love." Krivogorsky will also accept donations through her PayPal account (krivogorsky@gmail.com) or Venmo (@krivogorsky).