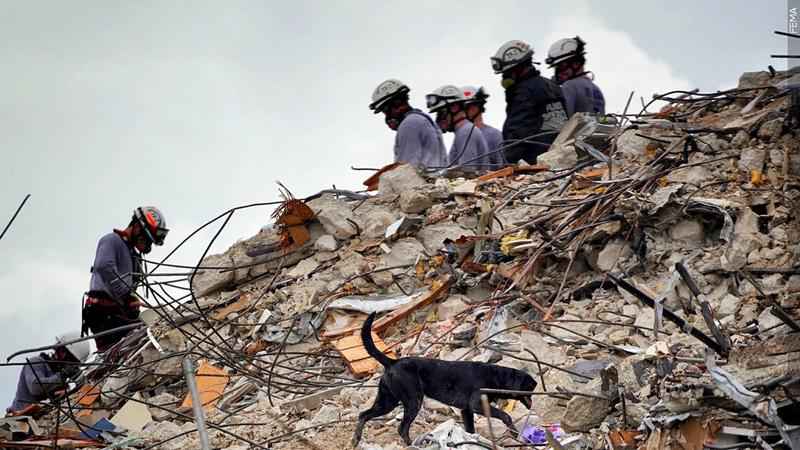 The death toll has risen to 46, after workers pulled 10 more bodies from the rubble of the Miami-area high-rise condominium.[FEMA]

SURFSIDE, Fla. (AP) – Rescue workers who have labored for 14 days to find survivors in the rubble of a collapsed Florida condo building have shifted their efforts from rescue to recovery. Miami-Dade Assistant Fire Chief Raide Jadallah told families on Wednesday that after searching all areas of debris, they have concluded that it will now be next to impossible to find people alive.

The decision to transition to a recovery effort starting Wednesday night came after rescuers finished searching new areas of rubble that became accessible after workers demolished the still-standing portion of Champlain Towers South. Rescuers had hoped to find pockets where people could have survived in the new areas.

On Wednesday, the search for victims reached its 14th day, with the death toll at 46 and authorities sounding increasingly grim. Miami-Dade Assistant Fire Chief Raide Jadallah told family members in a private briefing Wednesday that workers had pulled 10 more bodies and additional human remains from the rubble, raising the death toll.

Crews have been digging through pulverized concrete where the Champlain Towers South building in Surfside once stood.

The fire department released a video showing an up-close look at the search on Tuesday, when eight more deaths were announced. 94 people are still unaccounted for.