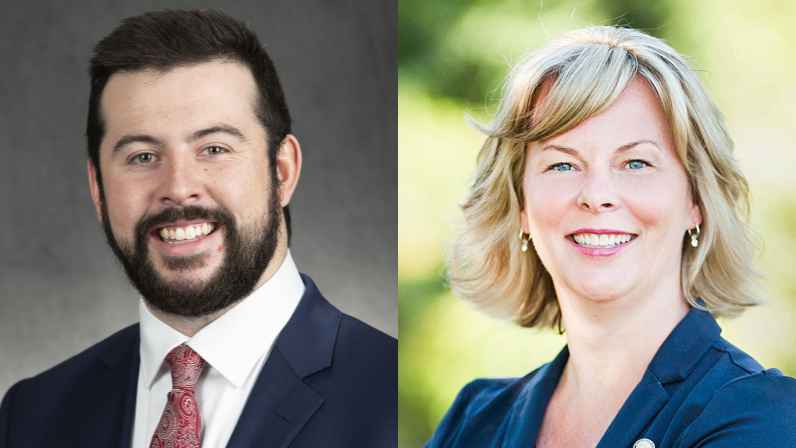 Rep. Spencer Igo and Rep. Julie Sandstede are in the same district as a result of new legislative maps.[Minnesota Legislature]

Two Iron Range state representatives are finding themselves in the same district as a result of new legislative maps released Tuesday.

Rep. Spencer Igo (R-Wabana Twp.) and Rep. Julie Sandstede (DFL-Hibbing) are both in the new House District 7A, which includes Hibbing and parts of Itasca and Aitkin counties, according to a map prepared by the Legislative Coordinating Commission.

The pairing comes after the court-appointed panel that drew the state’s new legislative maps changed district boundaries in Itasca County, moving the central part of the county into District 7A. The area was previously paired with Grand Rapids in District 5B, but Grand Rapids is now part of a new District 6A that extends south to Crosby.

The new district boundaries become effective with this fall’s election.

Some Duluth neighborhoods will now be paired with different parts of the city as a result of the new legislative maps, and everyone will need to get used to new district numbers.

The new map puts all of Duluth within the new 8th Senate District, with House District 8A based in the west and 8B based in the east. Duluth Heights and Kenwood will be part of same district as other parts of East Duluth, while Central Hillside will now be part of the West Duluth-based district.

House District 3B, which includes Hermantown and Two Harbors, will keep its number and expand farther north to make up for the population lost by the removal of the two Duluth neighborhoods.

Here is a summary of new House district numbers in the Northland: