With the Red Dress Public Art displays, Goodrich aims to educate about statistics she read from the U.S. Department of Justice.

“Some of the glaring and most current reports that are out there is that native women face murder rates in some counties, including tribal lands, ten times the national average,” said Goodrich.

Goodrich started her advocacy work in 2014 as she was grieving the loss of multiple relatives, including her sister. 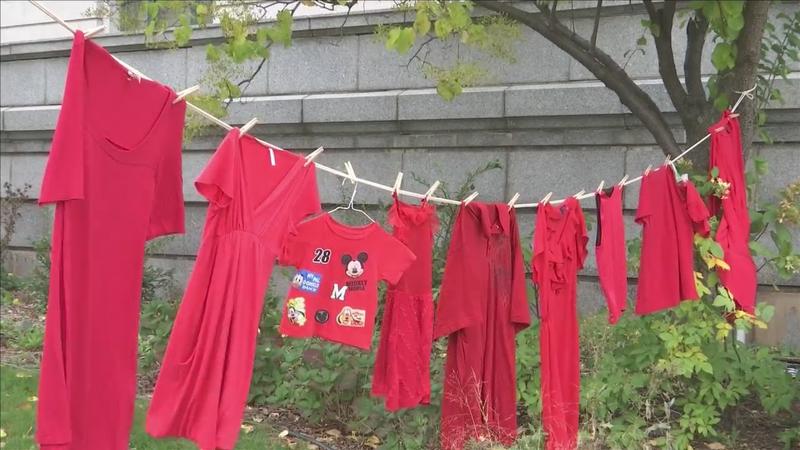 “I have a keen understanding of that grief, and it was through my advocacy that I was able to come out and stand with family members that were grieving,” said Goodrich. “It has been a healing journey.”

Alongside the red dress campaign, Goodrich has been advocating with the ‘Say Her Name’ billboard campaign.

“My focus is on supporting families and their healing journey,” explained Goodrich. Part of their healing is to be able to bring their loved ones home.”

One of the goals is to bring more attention to the missing people cases within the indigenous community, including Sheila St. Clair. St. Clair went missing from Duluth in 2015 and is one of many still missing.

“If anyone has any information that could help lead to solving her case, any type of information. Nothing is too small or insignificant,” Goodrich emphasized. “Please say her name, remember, normalize her name, and share her photo. Sheila St. Clair.”

The ‘Say Her Name’ campaign kicked off last month with a billboard in Superior.

“It’s huge, it’s ongoing, and we’re working to bring an end to violence against indigenous peoples, and the work continues,” said Goodrich.