Kurt Doree is a firefighter for Hibbing. But when he’s not at the fire hall, he’s in his own garage, fixing up bikes. He stopped counting at 500.

"It started when I was looking for a bike for my grandson," he said. "A guy from Virginia had eight, and I just went and picked up all of them."

He replaces pedals, seats, and puts air in the tires. "I want to make sure they have working brakes. And I replace any broken or missing parts. I don’t want these to end up in the landfill. And I want to see kids out there. During the pandemic, no one was out there. Now I can help the kids, by giving them a free bike!"

Over the past year, people have heard about his project, and donated items like inner tubes and parts to his cause.

When the bike is all fixed up again, Doree gets on and rides it himself, to make sure it’s safe and easy to ride. 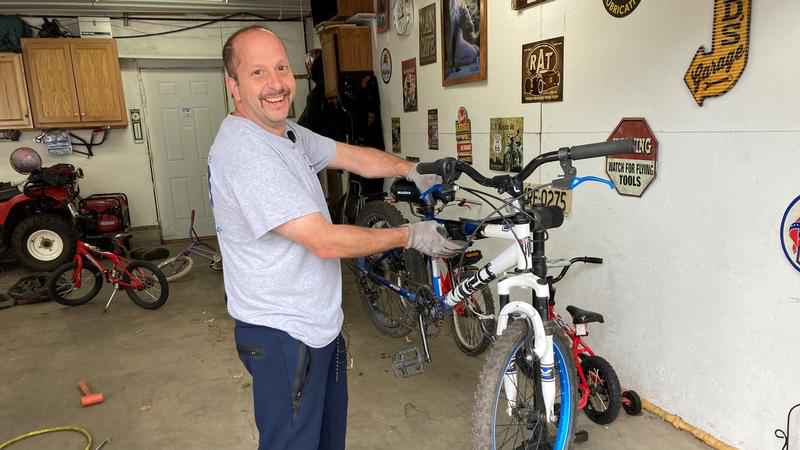 Kurt Doree has fixed up more than 500 bikes to give to kids on the Range.[WDIO]

When he has a group of them ready to go, he’ll post a picture of them on Facebook. "They’ll be picked up before dinner," he said. "It’s been really nice this year, because I’ve been seeing more of the bikes out on the streets."

Doree figures he has about a month left of doing this, until he’ll take a break for the winter. "I love seeing kids smile."