More than 100 junior and senior boys hockey players were nominated as all-stars for the 23rd annual Essentia Health High School All-Star Game. Just 34 earned the exclusive honor to represent Duluth and the Iron Range at the Duluth Heritage Sports Center this week.

"It’s a fantasy format this year," explained Ryan Kern, with event organizers Kern and Kompany. "We took the best Duluth players, the best Iron Range northern Minnesota players, we chose those teams and then we conducted a fantasy draft where the coaches from each team then were able to pick their respective dream teams for the Essentia Health All-Star High School Hockey Game."

"It’s kind of a fun event. You get to see all these guys play against you all year and kind of wish they were on your team at that point, and now you get them together and they’re on your team," Johnson said. "I’m excited to watch them let it go tomorrow and just play." 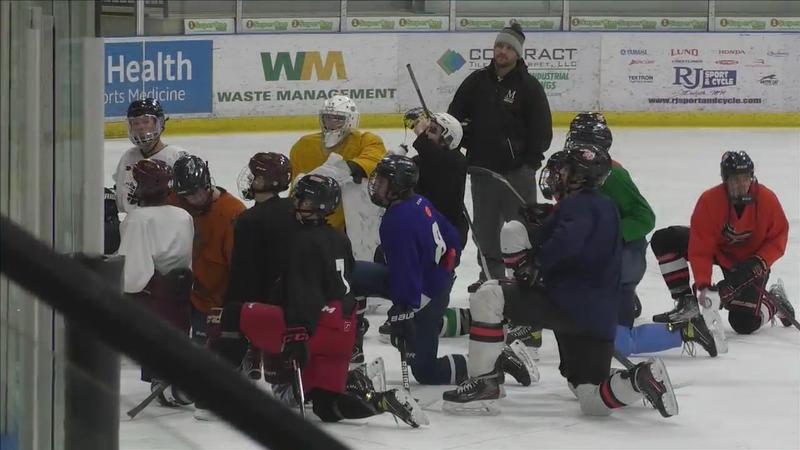 Practice is held Monday ahead of the 23rd annual Essentia Health High School All-Star Game at the Heritage Center.[WDIO/Kyle Aune]

The All-Star games begins at 7:15pm Tuesday, with the Duluth Police Department versus the Duluth Fire Department game at 5:15pm, and a skills competition at 6:15pm.