The North East Labor Council held a rally in front of the Duluth Federal Building Tuesday morning to voice their support for the PRO (Protecting the Right to Organize) Act.

They also wanted to thank Minnesota Senators Tina Smith and Amy Klobuchar for co-sponsoring the bill.

The labor council argued that the PRO Act would be a huge win for worker’s rights and help increase bargaining power and worker safety.

"Right now, the law is so stacked against unions,” said Council President Alan Netland. “We can find so many examples of people who begin to form unions and wind up being fired and then the long legal processes dragging everything out. So, it’s just really a travesty. As our president [Joe Biden] said, over 60 million people would choose to join a union today, given the opportunity. Why not give them that opportunity?”

Currently 47 of 50 Senate Democrats have co-sponsored the bill. 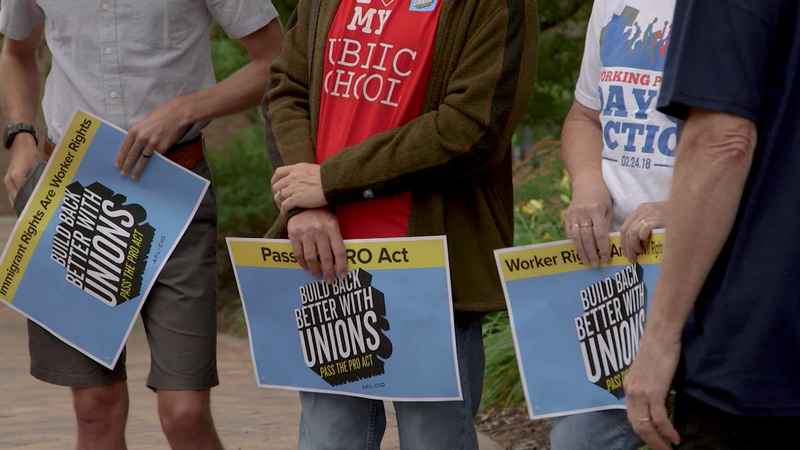 More information on the bill can be found here.