No. 5 UMD takes down No. 15 Bemidji State in season opener

The University of Minnesota Duluth (UMD) men’s hockey team was on the road in their season opener against Bemidji State University on Friday.

The Beavers were able to get on the board less than six minutes in, but UMD responded with a goal 4 minutes later by Luke Loheit.

The second frame was all UMD as Noah Cates and Quinn Olson each scored.

The Bulldogs went on to win 4-2 after the final buzzer.

Rematch is set for Saturday at AMSOIL Arena, puck drop set for 7:07p.m. 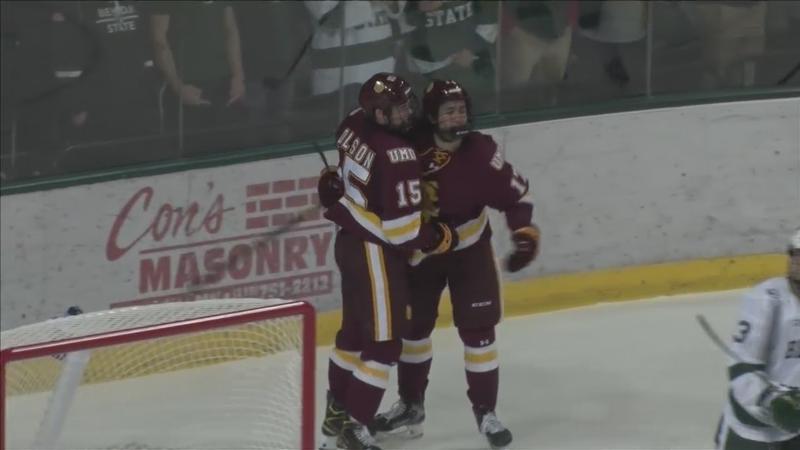