The Minnesota Pollution Control Agency has expanded an air quality alert to include the Duluth metropolitan area, Carlton, and Pine County due to smoke burning from wildfires in Canada. The alert will be in place through Friday, July 16, at 9 a.m.

"Smoke from wildfires located north of the Canadian border in Ontario and Manitoba will be transported by northerly winds behind a front moving into the northern portions of the state. Heavy smoke is expected to arrive Tuesday and remain over the area into Friday morning," a news release from the MPCA says. The MPCA says during this time, fine particle levels are expected to be in the Red AQI category, a level considered unhealthy for all individuals, across far northern and western Minnesota and Orange, a level that is considered unhealthy for sensitive groups, across central Minnesota.

Fine particle levels in the Red AQI category are uncommon in the Northland. The majority of Air Quality Alerts issued are due to fine particles in the Orange level. This fire season has been worse due to the ongoing heat and drought conditions, making this year worse for air quality.

"In terms of the orange alerts, we issue between two and five a year," said MPCA Meteorologist Matt Taraldsen. "We’ve already issued seven this year, so we’re well ahead of schedule, almost on a record pace. And so with the wildfire situation and with some ozone situations earlier in the summer, shaping up to be a record season for us." 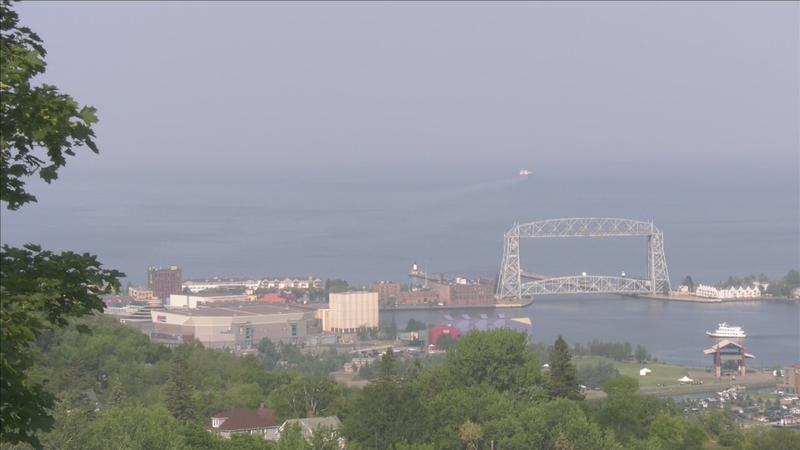 The smoke is expected to remain over northeastern Minnesota through at least Friday before southerly winds develop and push the smoke northward. It will take a couple of days longer for northwestern Minnesota to see relief.

People who are likely to be affected when fine particle pollution reaches an unhealthy level include:

The MPCA says air pollution can aggravate heart and cardiovascular disease as well as lung diseases like asthma and COPD. When the air quality is unhealthy, people with these conditions may experience symptoms like chest pain, shortness of breath, wheezing, coughing, or fatigue. If you are experiencing any of these symptoms, the MPCA advises using your inhalers as directed and contact your health care provider.

The MPCA says everyone should take precautions when the air quality is unhealthy including: