‘Most favored nation’ status for Russia; US accuses Russia of spreading ‘disinformation’ 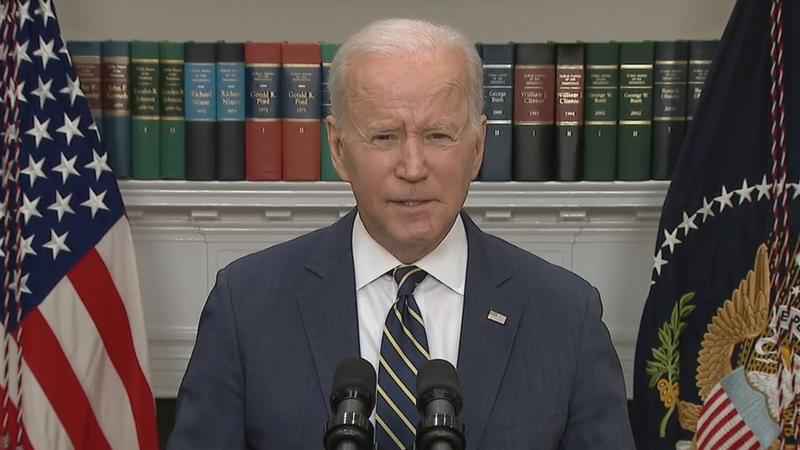 WASHINGTON (AP) — President Joe Biden announced Friday that along with the European Union and the Group of Seven countries, the U.S. will revoke “most favored nation” trade status for Russia over its invasion of Ukraine. He said the U.S. will also ban imports of Russian seafood, alcohol and diamonds.

Stripping most favored nation status will allow the U.S. and allies to impose higher tariffs on some Russian imports to the United States.

Biden’s move comes as bipartisan pressure has been building in Washington to revoke what is formally known as “permanent normal trade relations” with Russia.

He said it would be “another crushing blow” that would “squeeze” Russian President Vladimir Putin.

US accuses Russia of using UN council for ‘disinformation’

UNITED NATIONS (AP) — The United States has accused Russia of using a U.N. Security Council meeting for “spreading disinformation” as part of a potential false-flag operation by Moscow for the use of chemical or biological agents in Ukraine.

Russia accused the U.S. of “biological activities” in Ukraine — a charge made without any evidence and denied by both Washington and Kyiv.

Olivia Dalton, spokesperson for the U.S. Mission to the United Nations, said: “This is exactly the kind of false flag effort we have warned Russia might initiate to justify a biological or chemical weapons attack."

The Russian request for the Security Council meeting followed a U.S. rejection of Russian accusations that Ukraine is operating chemical and biological labs with U.S. support.