Pearson was appointed to the position by Gov. Tim Walz back in May.

“Statistically speaking, I wasn’t supposed to be here. I grew up in rural Appalachian Ohio with a single mom who fortunately had a high school diploma and somehow was able to earn a nursing degree by going to night school,” said Pearson. “Growing up poor, I learned what government cheese tasted like. I learned what it’s like to get free school lunch and later on in life I learned what it’s like to get stopped or confronted by police. Walking while black, driving while black, cooking in my kitchen late at night while black, but through my mom’s drive and determination to build a better life for me and beat those odds, it lead me to a college preparatory high school in Cincinnati Ohio.”

Pearson went on to say that attending that school is what helped get him on the path that eventual brought him to Duluth. 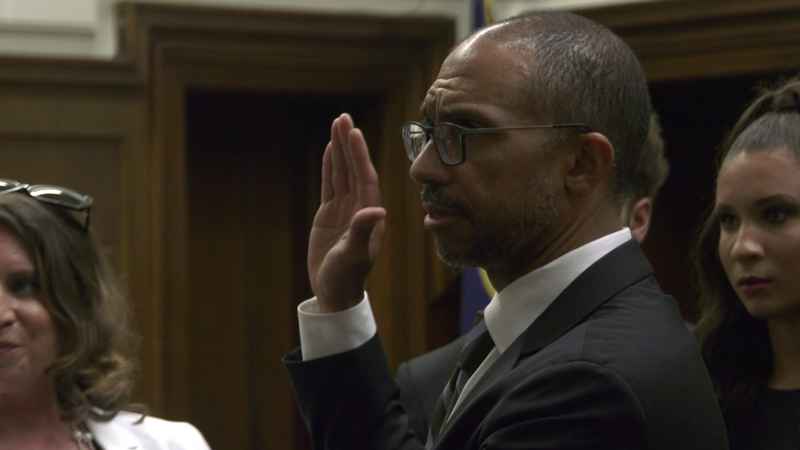 In Duluth, Pearson said there was one person who was instrumental to his growth; the late Xavier Bell, founder of Duluth’s Family Freedom Center.

“He preached to the children in the Family Freedom School to hold your head up with pride and now many of those children when they hold their heads up will finally be able to see someone who looks like them on the bench.”

“He wrote ‘In recognizing the humanity of our fellow beings, we pay ourselves the highest tribute’,” Pearson cited. “We’re in this together and I’m honored to be able to serve this community by upholding the law as we move forward to make this community a better place for everyone. Thank you so much. I look forward to serving the community for many years to come.”