Joe’s Test Lab is our segment where Good Morning Northland director, Joe Flaten picks and tests out products that people can find useful. Director Joe will carry out the tests himself and sometimes sample competing brands to see what he thinks works best.

This week, in celebration of National Waffle Day, Joe went out into the Twin Ports to find the best waffles in the area (in his opinion). The restaurants he went to test were Duluth Grill, Bridgeman’s and Superior Waffles.

For Bridgeman’s, Joe tried their Chicken and Waffles at $11.99 as well as their Pearl waffles with raspberries at $8.99.

Superior Waffle had the most options as they only specialize in waffles so Joe tested 5 of their 13 waffle options. He tried the Classic at $6.49, the Cheesecake at $8.79, the Banana Bliss at $8.29, the Braffle and the Sconie, which both cost $8.99. 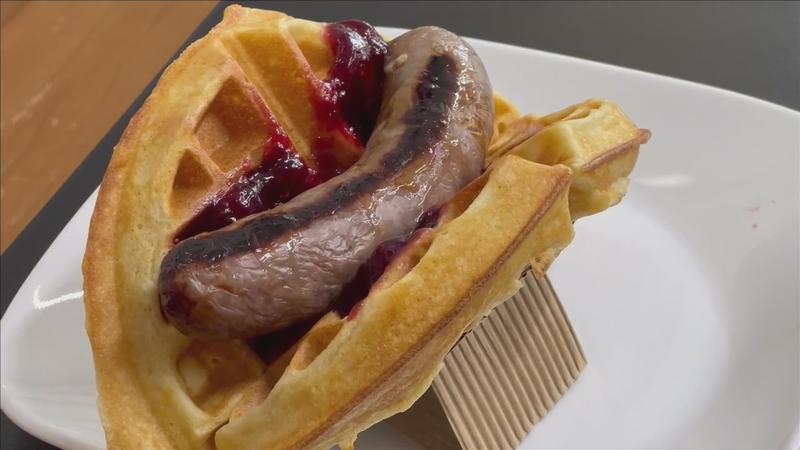