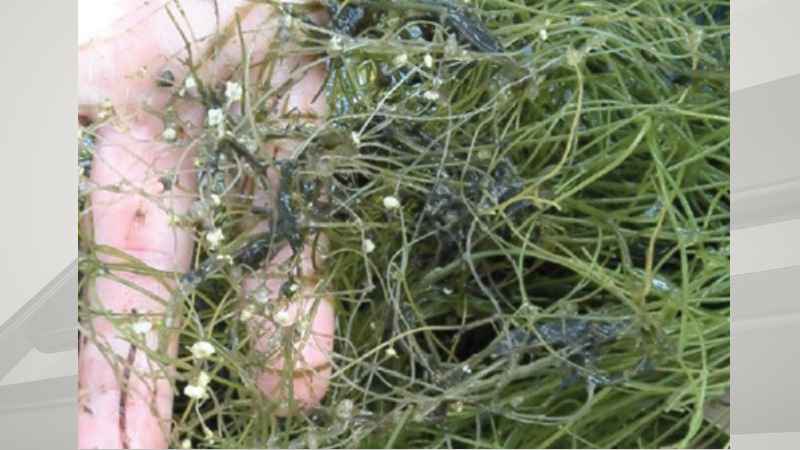 Starry stonewort has been found in 18 Minnesota lakes.[MN DNR]

ST. PAUL, Minn. (AP) – An invasive weed that can choke out native plants and fish habitat has been found in one of Minnesota’s largest and most popular walleye lakes.

The Minnesota Department of Natural Resources on Monday confirmed the discovery of starry stonewort in Leech Lake, located in northwestern Minnesota.

The DNR says the bright green microalgae plant has now been verified in 18 of the state’s 11,842 lakes, including nearby Cass Lake and Lake Winnibigoshish.

Leech Lake is largely within the Leech Lake Band of Ojibwe Reservation boundaries.

Starry stonewort was first discovered in Minnesota in 2015 in Lake Koronis, which is located near Paynesville in Stearns County.

The state has spent tens of millions of dollars trying to combat the weed.