After dropping two straight games to the St. Cloud Rox, the Duluth Huskies rallied Sunday to open their series against Rochester at Wade Stadium.

They defeated the Honkers 4-2 to snap a two game skid.

On the mound Will McEntire pitched five strikeouts and Eli Sundquist threw seven for the Huskies. 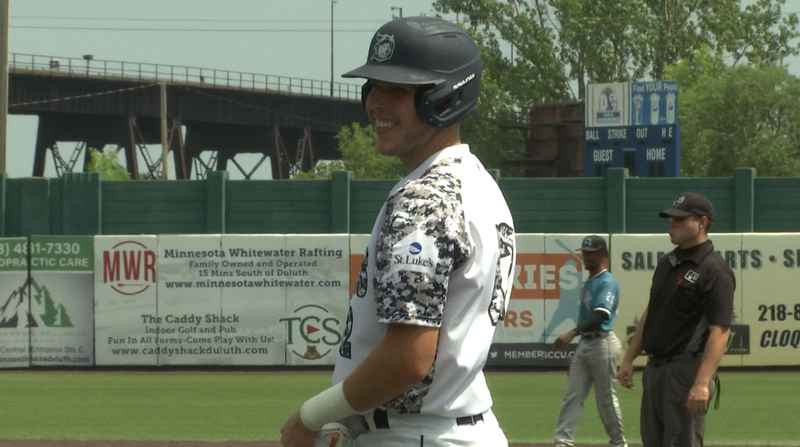 The Duluth Huskies notched a win over Rochester Sunday at Wade Stadium.[WDIO/Luke Anderson]

The Huskies will close out their home stand hosting the Honkers on Monday. First pitch is set for 6:35pm.