Glensheen the Musical brings the murder mystery to Duluth

The History Theatre has now brought a murder mystery story to the NorShor stage, featuring the most scandalous story to come out of the Glensheen Mansion.

The touring production of Glensheen the Musical is now playing in Duluth for the first time ever.

You can find tickets to the show here.

“It’s a murder mystery that you already know who did it at the beginning”, says actress Jen Maren. She plays Marjorie Congdon Caldwell, the mastermind behind the murders in the musical.

The creative team is excited to have audiences experience this story in Duluth. Jeffery Hatcher who wrote the book says, “It’s a black comedy. It’s got elements of tragedy and absurdism, and of course, crime, murder…” 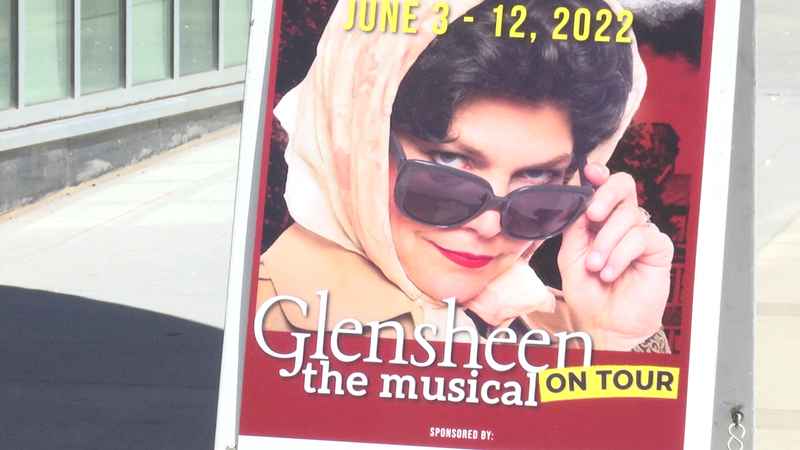 The touring production has already played in cities in Minnesota but the team says audiences would always wonder when it would come to Duluth.

The touring production has already played in cities in Minnesota but the team says audiences would always wonder when it would come to Duluth.

The creation of the musical was a long process for both Jeffery and lyricist Chan Poling.

“You know, what kind of play could you make about the murder?” says Hatcher, “And then Chan and I were working on another musical, and it suddenly struck me, what if it’s a musical?”

From there Poling says, “I started thinking murder mysteries and classic British, you know, shows and PBS, Agatha Christie… a little bit more pop and how to blend the two. All of a sudden, this made sense to me. It was more fun anyway.”

And for the actors playing the characters in the city where the murders actually happened, It was quite the opportunity.

Dane Stauffer who plays Roger Caldwell says, “It’s really an honor to do it in the town where it happened. It’s based on real facts but it’s a musical. So we know that people didn’t tap dance in court. But there is an imperativeness to the music that helps us tell the story.”