Extreme fire danger for portions of the Northland 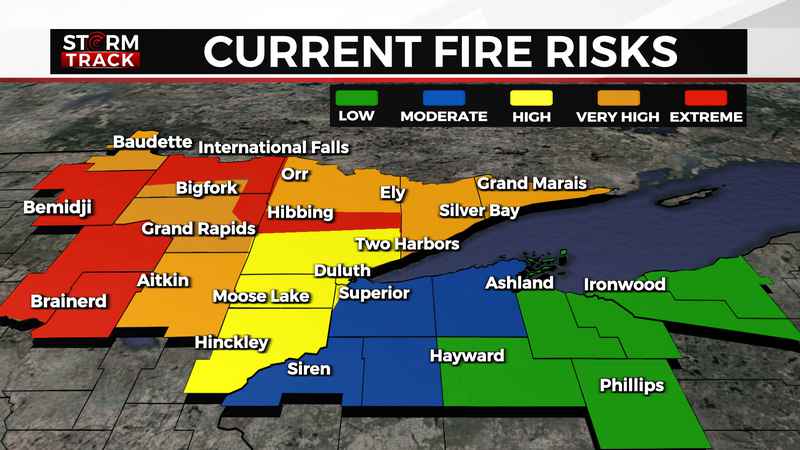 As for Tuesday, August 17[MnDNR]

The fire danger continues to be a problem for much of Minnesota, with near-critical fire weather conditions expected to continue through the week. A large portion of northwest Minnesota, portions of Koochiching, Itasca, and St. Louis County are under extreme fire danger.

According to the Minnesota Department of Natural Resources, an Extreme ranking means the fire situation is explosive and can result in extensive property damage. As of August 17, No open burning, including campfires are allowed in Koochiching, central and northern St. Louis, Lake, Cook, southern Beltrami, Itasca, Cass and Crow Wing counties. Southern St. Louis, Carlton, and Aitkin counties are restricted.

The Wisconsin Department of Natural Resources reports Northern Wisconsin is in low to moderate fire danger.