Minnesota environmental regulators say damage to the state’s public groundwater resources from missteps during construction of the Line 3 oil pipeline is more severe than previously known.

The largest breach, on the western border of the Fond du Lac Reservation in southern St. Louis County and referred to as MP 1102, was discovered last September when crews removed sheet piling used for trench stabilization during pipeline construction. It was first publicly acknowledged Monday.

A document posted on the Fond du Lac Band of Lake Superior Chippewa’s website explains that the sheet pilings, which are large metallic sheet sections used to stabilize soil around construction sites, had entered the aquifer. When the pilings were removed, pressurized groundwater came up through the disturbed ground.

The Fond du Lac Reservation Business Committee issued a statement Monday saying that the breach has discharged an estimated 219 million gallons of groundwater. 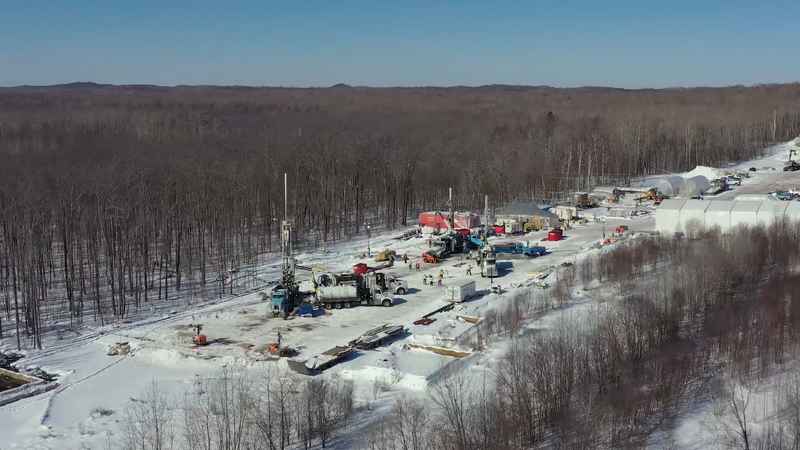 Work is underway to repair an aquifer breach that happened during construction of the Line 3 pipeline near the Fond du Lac Reservation.[Provided by Enbridge]

"The Band is currently assessing all options to ensure that Enbridge mitigates and repairs damages arising from the breach," the news release said.

The Band’s news release said the groundwater flow could potentially violate its water quality standards and impact its natural resources, including wild rice waters. In a FAQ posted to its website, the band said remediation work performed during the winter could prevent water from reaching Deadfish Lake, where additional water could be "detrimental" to wild rice production.

"The Band will have a better understanding of potential impacts to FDL’s wild rice harvesting this coming growing season when additional environmental monitoring and assessment can be completed," the FAQ says.

The other breaches happened hear the company’s terminal in Clearwater and at a site on LaSalle Creek in Hubbard County. The Clearwater breach was first reported last year and resulted in Enbridge being ordered to pay $3.3 million, which included a $20,000 administrative penalty and $2.75 million to restore and mitigate damage to wetlands.

The DNR says the company faces expanded sanctions in light of the additional breaches.

Enbridge said repairs at the Clearwater and LaSalle sites have been completed and that the vast majority of water discharged at all three sites was returned to the immediate environment.

"Enbridge takes protecting the environment seriously, we regret this happened, and are taking steps to improve our procedures to prevent this type of occurrence in the future. We are dedicated to resolving these matters quickly and thoroughly as we continue to work with the regulatory agencies on ongoing restoration and monitoring," an Enbridge statement said.

Enbridge said the MP 1102 corrective action plan has been approved by the Fond du Lac Band and the state, and that the band and state agencies continue to provide regulatory oversight for the ongoing repair and restoration.

The band’s FAQ explains that the process involves drilling two wells: one to lower water levels in the aquifer and another to inject a cement-based grout to seal fractures in the soil layer. The area being injected with grout is about 400 feet long and 30 feet wide.

In Monday’s statement, the Band said Enbridge has completed the majority of work and that groundwater seeps have been reduced to six gallons per minute.

Meanwhile, Enbridge says work will continue throughout the year on restoration and deactivation of the old pipeline. The new Line 3 went into service on Oct. 1, 2021.