Communities reconnecting during National Night Out

More than 16-thousand neighborhoods were celebrating National Night Out! It happens on the first Tuesday in August, except for many communities it was canceled last year because of COVID.

The night connects law enforcement and first responders to the communities they serve, in effort to make more relationships between the two.

And community members on Piedmont Avenue in Duluth were happy to be back Tuesday night as hundreds were treated to Famous Dave’s catering and snow cones. But the biggest draw was to be together again.

Reintroducing themselves after lock down many found connections within the Piedmont Dental parking lot. "I met a grandma of one of my former students and remembered her granddaughter and she was so excited. You know she grabbed my hand, we had just this wonderful story to share about her granddaughter was on my speech team.” These are a lot of the relationships that Duluth School Board’s Jill Lofald ran into throughout the night.

Even running into one of her former students, now full adults, working where the party was hosted.
"She was my teacher 31 years ago. Now I’m a dentist! So part of my upbringing, I give thanks to Mrs. Lofald”, says Dave Huagen. 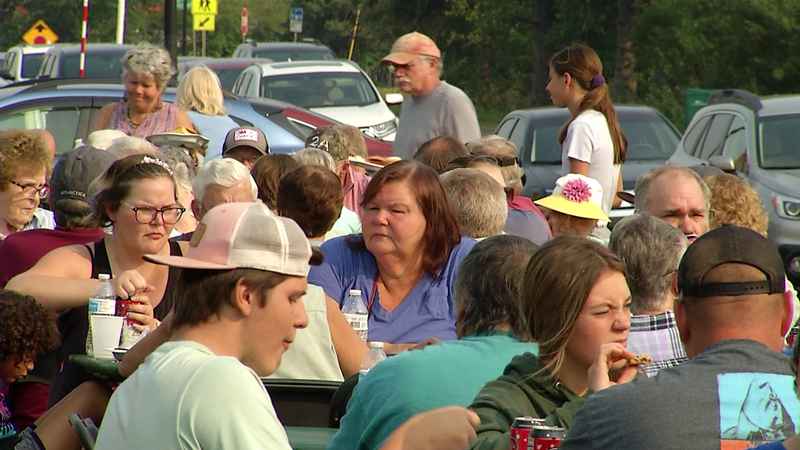 Community connecting on National Night Out

Tightening the connections of the community closer together is what Jill says is the main goal. Saying, “so isn’t that what it’s all about too? It’s about introducing ourselves and reintroducing each other and smiling… and nothing can beat famous Dave’s."