California Gov. Gavin Newsom has approved nearly $1 billion in new spending to prevent wildfires that are getting bigger and more destructive from climate change, saying that will bring spending commitments for climate change in the state to a total of $15 billion.

"We feel a deep sense of responsibility here in the state of California because of the smashmouth realities of climate change," he said before signing the bill,

The park contains some of the world’s largest and oldest trees that have been threatened by a recent wildfire. 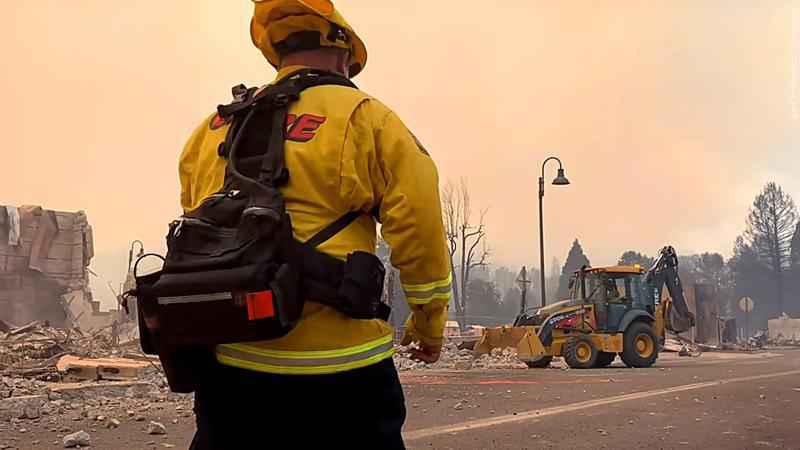 A firefighter attends to the Dixie Fire.[San Francisco Chronicle ]

But most of that money has been spent on putting fires out.

California’s wildfire prevention budget this year will pay for things like clearing brush and dead trees that act as kindling for large fires.