Starting another back-up quarterback last Saturday proved to be no problem for the University of Minnesota Duluth (UMD) football team.

Fifth year senior Garrett Olson and the Bulldogs held off Minot State University 34-21 improving to 7-2 on the season to sit in a three way tie for third in the Northern Sun Intercollegiate Athletic Conference (NSIC).

"This truly comes down to win one game at a time and we know we’ve got a really good opportunity," head coach Curt Wiese said at practice on Tuesday. "The playoff picture is starting to narrow down, we’re in the mix right now and that’s where we needed to be heading into this weekend."

Wiese stated that Olson earned the start last weekend when Logan Graetz wasn’t deemed not healthy enough to travel with the team. He does anticipate all three of their top quarterbacks in Graetz, Olson, and starter John Larson to be healthy and suited up this weekend.

The Bulldogs are set to host Augustana University, currently number one in the NSIC, Saturday at 1:05pm at Malosky Stadium. 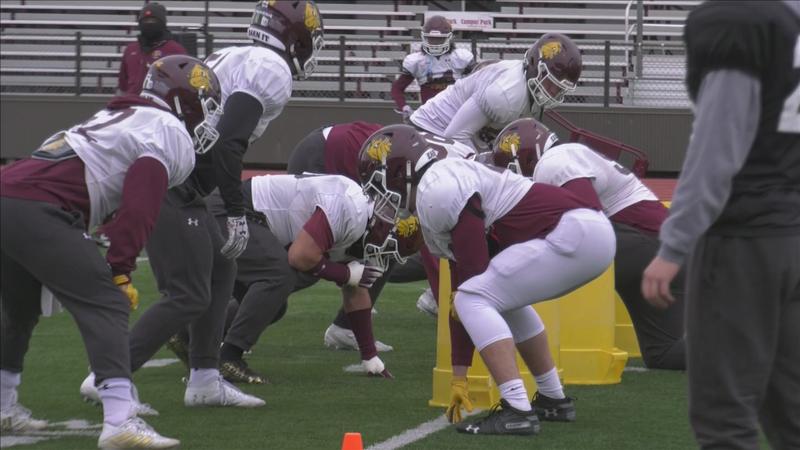