Organizers Stevie and Sandy Paulson held the 5k to raise money for the Adult & Teen Challenge organization. A cause that operates to prevent and treat drug and alcohol addiction.

The National Anthem was sung by Christina Stroup who says, “you’re not just running for you… you’re running for a good cause and for others."

The event broke an attendance record and Stevie and Sandy hope that today’s donations will also break the amount they raised last year which was $60,000 dollars.

Brandon Torgerson who works with Adult & Teens Challenge says that the 5k helps out their mission a lot and that they are, “just forever grateful to them. They put so much work into this year after year. We just love them, and thank them and they are such good partners for us." 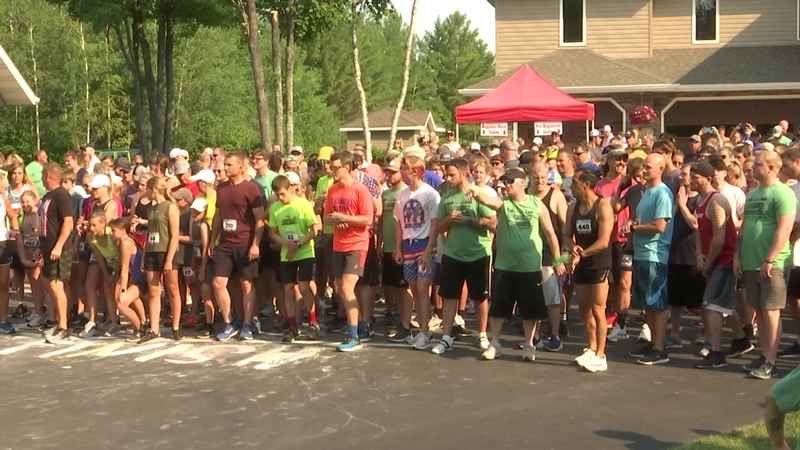 Runners line up for the Breezy Point 5k.

The 5k brings in hundreds of walkers, bikers, and runners. With accessibility to everyone, the entire community came together to cheer each other on and help the Paulson’s raise money. “You know because we do a walk, run, and bike, everyone can come. Nobody can make an excuse… it’s not really about the race it’s about supporting Minnesota Teen Challenge”, Stevie says.

He also mentioned that, “It’s just such a neat community event and we’re going to keep doing it as long as we can."

To donate to teen challenge you can find their donation page here.