University of Wisconsin-Superior (UWS) men’s soccer senior forward Blake Perry scored once during their 8-0 blow out victory over Crown College on Friday to become the program’s all-time leading scorer.

For Perry the moment was extra special sharing it with a home Yellowjacket crowd in the 48th minute.

"It felt good," Perry recalled Monday at practice. "I mean it took me a lot longer than I was expecting in that game to put it away. I had multiple chances in the first half so it really felt good to finally get it in and celebrate with all my friends."

He hit the mark netting his 44th career goal, then tallied one more Saturday to now sit at 45. Upon breaking the record set by Eric Watson in 2018, Perry also earned Upper Midwest Athletic Conference (UMAC) Offensive Player of the Week honors.

Joe Mooney, who has led both Perry and Watson as the UWS men’s soccer head coach, said their efforts have been fantastic for the program. 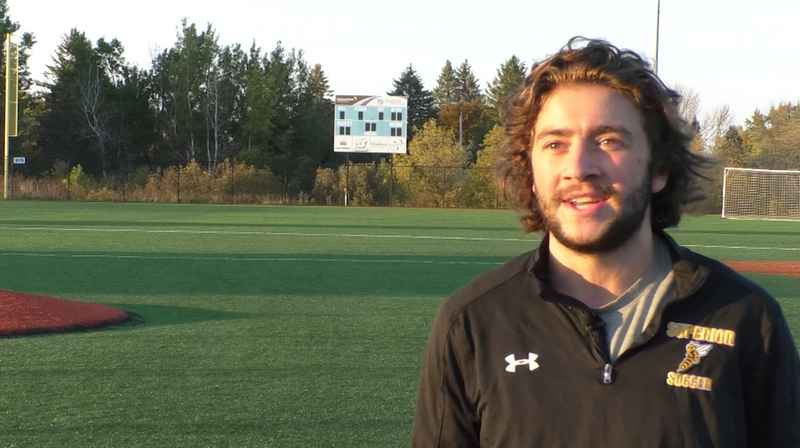 "It’s really just a product of hard work," Mooney said about Perry. "From day one he’s come in and he’s handled everything the right way, he’s had the right attitude, now it’s kind of taking over the role of the guy that carries the weight a little bit more. He’s transitioned into that role really well and like I said there’s a lot more to go."

No stopping him now, as Perry will look to add to his total when the Yellowjackets head to St. Olaf College Tuesday then the University of Northwestern on Friday.