WASHINGTON (AP) — President Joe Biden and members of Congress are solemnly marking the first anniversary of the Jan. 6 U.S. Capitol insurrection. Biden assailed then-President Donald Trump and his supporters, saying that “they failed” to overturn democracy. The ceremonies at the Capitol were widely attended by Democrats, but almost every Republican on Capitol Hill was absent.

President Biden is accusing Donald Trump and his supporters of holding a “dagger at the throat of democracy." Biden spoke forcefully Thursday at the Capitol. Biden warned that though they didn’t succeed, the insurrection remains a serious threat to America’s system of government.

Lawmakers are holding events to reflect on the violent attack by Trump supporters trying to overturn his election defeat. The ceremonies were widely attended by Democrats, but almost every Republican on Capitol Hill was absent.

It’s a stark reminder of the rupture between the parties — and other Americans throughout the nation since Trump’s refusal to concede he lost. Biden said that “at this moment we must decide what kind of nation we are going to be.”

A recent AP-NORC survey finds about two-thirds of Americans, including most Democrats, describe the Jan. 6 attack on the U.S. Capitol as extremely, or very, violent. This chart is current as of January 3, 2022 and will not update. 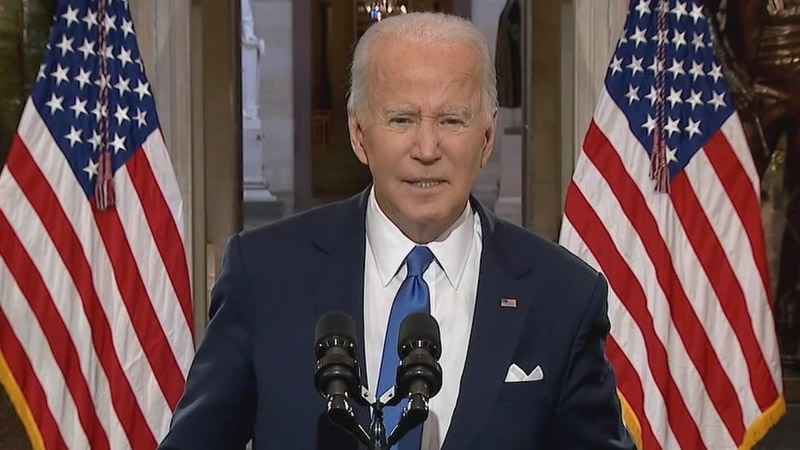