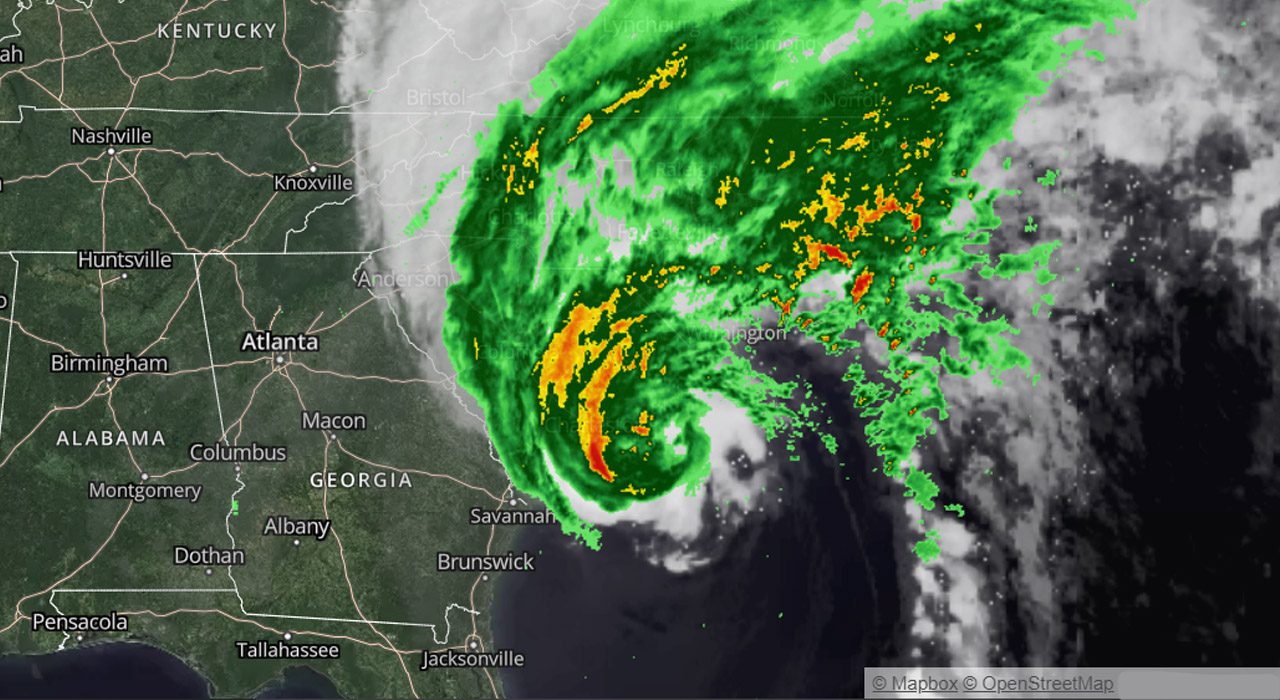 Hurricane Ian off the Carolina coastline as of 10 a.m. Friday, September 30.

Hurricane Ian is one of the most powerful storms ever recorded in the U.S. It swamped southwest Florida on Wednesday, flooding streets and buildings, knocking out power and leaving behind catastrophic damage well inland. Ian strengthening again to a Category 1 Thursday, as it reached the Atlantic Ocean and began its turn toward the Carolina coast.

Click on the map to read specific data about timing and strength.

Streets were largely empty, an ordinarily packed morning commute silenced by the advancing storm. Flash flood warnings were posted, with up to 8 inches (20 centimeters) of rain forecast for the Charleston area, and high tide expected just before noon, a circumstance that often floods the downtown peninsula on its own with even moderate rainfall.

The Category 4 storm slammed the coast with 150 mph (241 kph) winds on Wednesday and pushed a wall of storm surge accumulated during its slow march over the Gulf. More than 1.1 million Florida homes and businesses were without electricity. The storm previously tore into Cuba, killing two people and bringing down the country’s electrical grid.