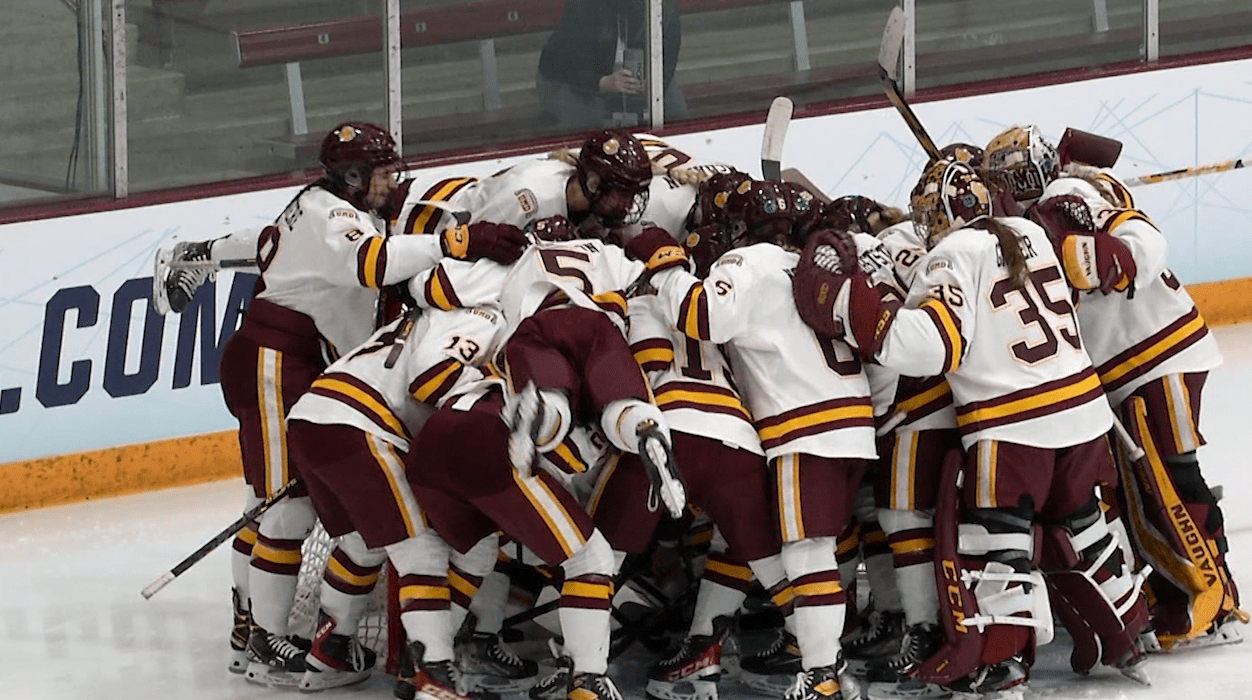 The UMD women's hockey team huddles during the first round of the 2021-2022 NCAA tournament.

Four was the magic number for the Bulldogs on Friday. The fourth ranked University of Minnesota Duluth (UMD) women’s hockey team scored four games to shut out No. 11 Penn State 4-0 and improve to 4-0 on the season. This closed out their road trip to Canton, New York after defeating St. Lawrence University Thursday 3-2 in overtime.

Anneke Linser and Mannon McMahon each scored two goals to account for the Bulldogs’ scoring.

The first period against the Nittany Lions would end scoreless. McMahon broke the ice on a power-play halfway through the second period to lead 1-0.

Linser would tally back-to-back goals early in the third period to extend their lead. McMahon would add extra insurance at the 14:56 mark.