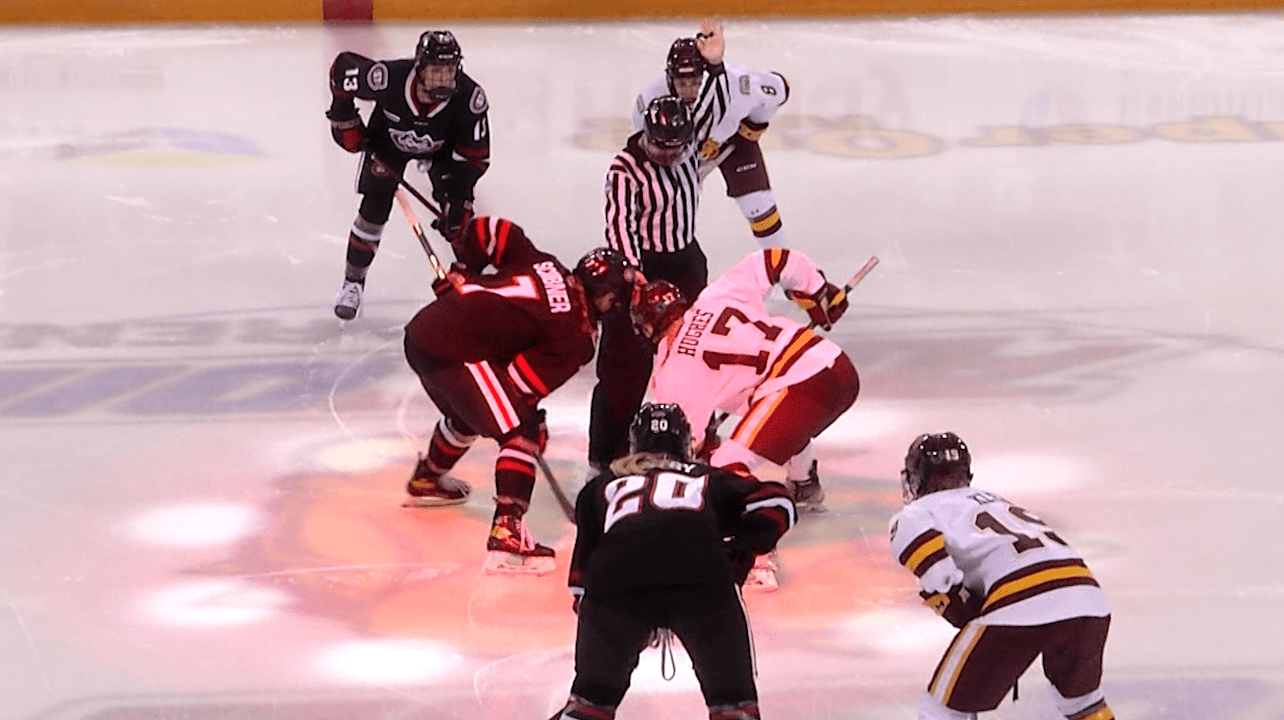 “I think St. Lawrence is a good team. They have some highly skilled players, they push the pace, their transition game was good. They tested us. We gave them plenty of opportunities on the power play and glad to see that come through in the end there in the third,” UMD head coach Maura Crowell shared post-game.

Gabby Krause scored first for the Bulldogs to tie the game 1-1 in first period. Trailing 2-1 in the second period Gabbie Hughes would tie it up once again off of a power-play goal.

A scoreless third period would force overtime where Flahery scored on a 4-on-3 power play to protect UMD’s perfect record.

Netminder Emma Soderberg would make 21 saves in the win to her counterpart in Lucy Morgan’s 35.