Ahead of Saturday and Sunday’s competitions in Toronto the pair shared how the Bulldogs helped shape them into professional all-stars.

“I really think that just my experience at UMD really propelled me to continue, to want to improve in hockey and play pro hockey and just really love the game,” Brodt, a PHF rookie, shared.

“I learned so much about the game while being at UMD,” Morin added. “Growing as a leader especially and bringing out my offensive talents really when I got to the end at UMD.” 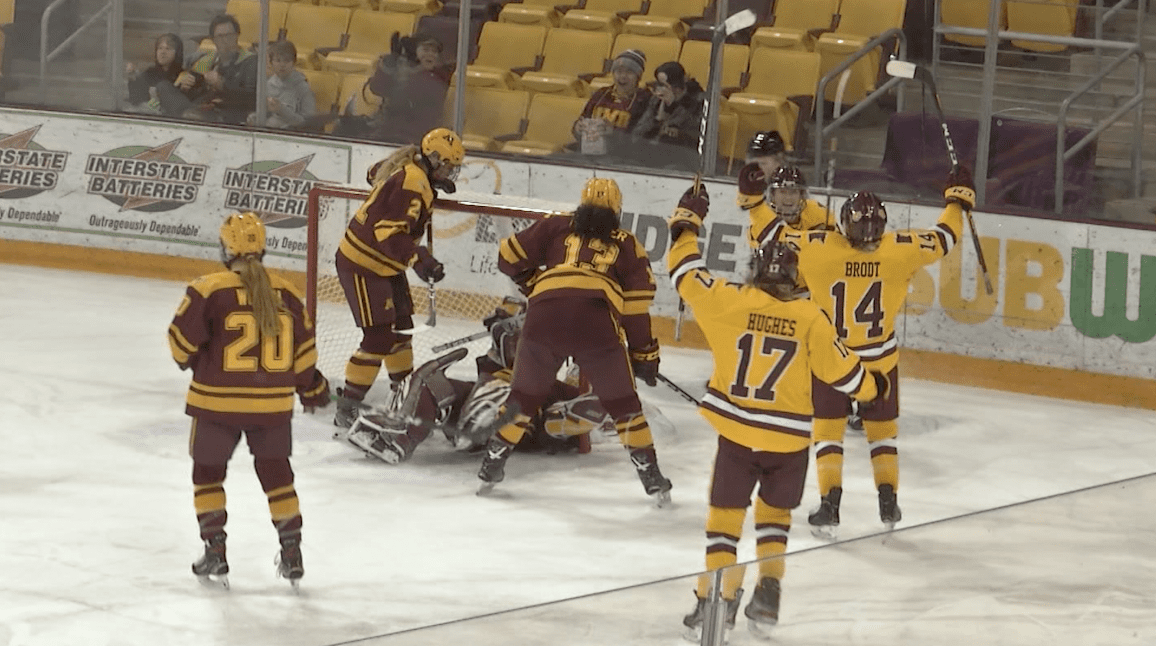 They’re two of six skaters representing the Whitecaps on Team USA in the international style games.

In her first PHF season Brodt currently boasts eight points, while Morin is third on the team in scoring with 13 points.