KSTP and The Associated Press contributed to this report WDIO 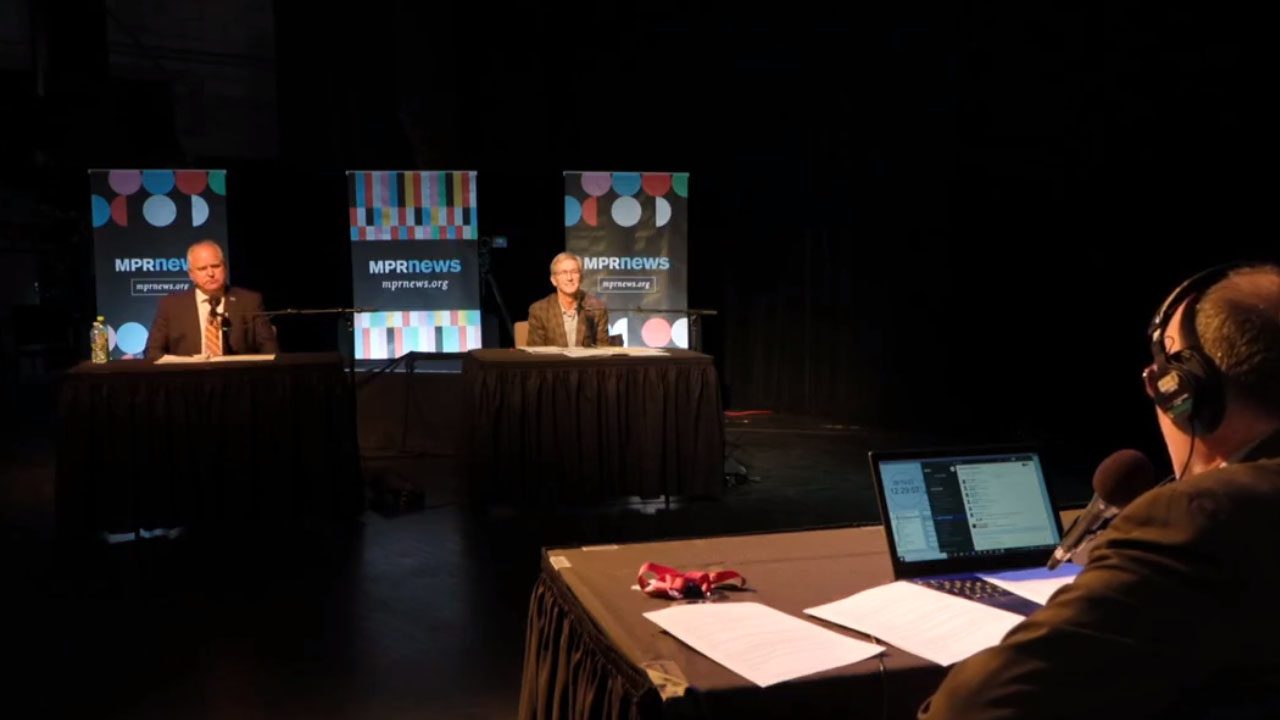 Democratic Gov. Tim Walz and Republican challenger Scott Jensen met for their final debate at the Fitzgerald Theater on Friday afternoon, ahead of Election Day on November 8. The event was streamed by Minnesota Public Radio.

This debate did not include a live audience other than campaign staff for each candidate, as well as members of the press.

The two candidates came out swinging as they gave voters a last chance to make head-to-head comparisons on how the candidates would lead Minnesota.

“Scott’s vision is a dark and fearful vision of Minnesota. It’s one where women are criminalized for making their health care decisions. It’s one where we defund our public schools to give tax cuts to the wealthiest,” Walz said in his opening statement.

“I became a family doctor because I wanted to help people. I’m running for governor because Tim Walz hurt people,” Jensen countered. “His slogan was ‘One Minnesota.’ That’s a sham. Tim Walz failed. Minnesota is broken. We’re fractured. We’re (more) deeply divided than I can remember in my lifetime.”

Here are some key takeaways from the debate, which aired on Minnesota Public Radio just 11 days ahead of an election in which control of the governor’s office and the Minnesota Legislature are at stake.:

Jensen defended his hope to explore whether Minnesota can eliminate its personal income tax, although he has yet to say how he would make up for huge loss in revenue. He has already backed away from extending the sales tax to food and clothing though he continued to float the idea of a 10% cut in state spending.

Jensen said the state needs to use its budget surplus to foster a discussion of “Can we actually get to a point where we could go without a personal income tax? If we don’t use the surplus now to help lead that conversation, we’ll never know.”

But Walz accused Jensen of “cutting the income tax so that millionaires and billionaires — Scott’s friends — are able to see a tax cut so they can send their children to private schools,” while starving the state’s public schools. He called that “lazy budgeting” and suggested that across-the-board spending cuts would also mean less money for law enforcement.

Walz said he followed the best available science to fight the pandemic. He said Jensen, a physician, should have been an expert but became “one of the most … dangerous people when it came to COVID” through his outspoken skepticism of the mainstream medical consensus on the pandemic, including the value of vaccines and masks.

“This reckless, dangerous behavior, this pushing internet conspiracy theories, made our job even harder,” Walz said.

Jensen acknowledged he has “definitely been a skeptic.” He said shutting down schools was ”a horrible decision” and that shutting families out of nursing homes to keep the virus out condemned patients “to die a lonely death.”

Jensen also challenged Walz to pledge to never mandate COVID-19 vaccinations as a condition for children to attend school. Walz said he has no plan to mandate them but that he would wait to see what new variants emerge.

Federal prosecutors have charged 50 people in an alleged scheme that defrauded state-administered federal food programs out of $250 million that was meant to feed schoolchildren during the pandemic. At the center of the plot, the indictments allege, was a Minnesota nonprofit called Feeding Our Future.

Jensen said the Walz administration and Attorney General Keith Ellison missed opportunities to use their investigative powers to stop the fraud earlier. He noted a report by the Star Tribune on Thursday that the attorney general’s office had the authority to conduct its own investigation and to demand the nonprofit’s bank records before the feds took the case.

Walz provided few answers about when he learned there was a problem. He said doesn’t want to “jeopardize any opportunity to put these people in prison” while the federal investigation is ongoing.

“When this investigation’s done, and the Legislative Auditor and the folks take a look at this after that investigation, we’ll get a clearer picture of this,” Walz said.

Walz accused Jensen of flip-flopping on abortion. Jensen said early in the campaign when he was trying to win GOP support that he supported a ban, but softened his position this summer to favor some exceptions.

Jensen tried to minimize how much influence he could have on abortion rights, which are constitutionally protected under a state Supreme Court ruling. Abortion rights supporters have pointed out there are several ways a Republican governor and Legislature could try to roll back those rights.

Previously, Walz and Jensen debated in Rochester on television, however, residents in the Twin Cities area were only able to watch through online streams. As previously reported, Walz declined to participate in KSTP-TV’s Debate Night in Minnesota, so Jensen faced questions from reporters by himself.