Was the flooding at Rainy Lake this spring preventable?

On June 1, 2022, Ranier resident Daryl Waller had to evacuate from the home he had lived in for 18 years. He and his family were among hundreds fighting off the rising water from Rainy Lake.

“We were just hoping we were prepared because of the previous flood,” said Waller. “The 2014 flood never even got to my front deck.”

Waller had concerns about flooding months before his June 1 evacuation.

“We had a terrible winter, and then it didn’t thaw properly, it froze,” said Waller. “There was no place for the water to go. That’s what happened, and it was obvious what was going to happen.” 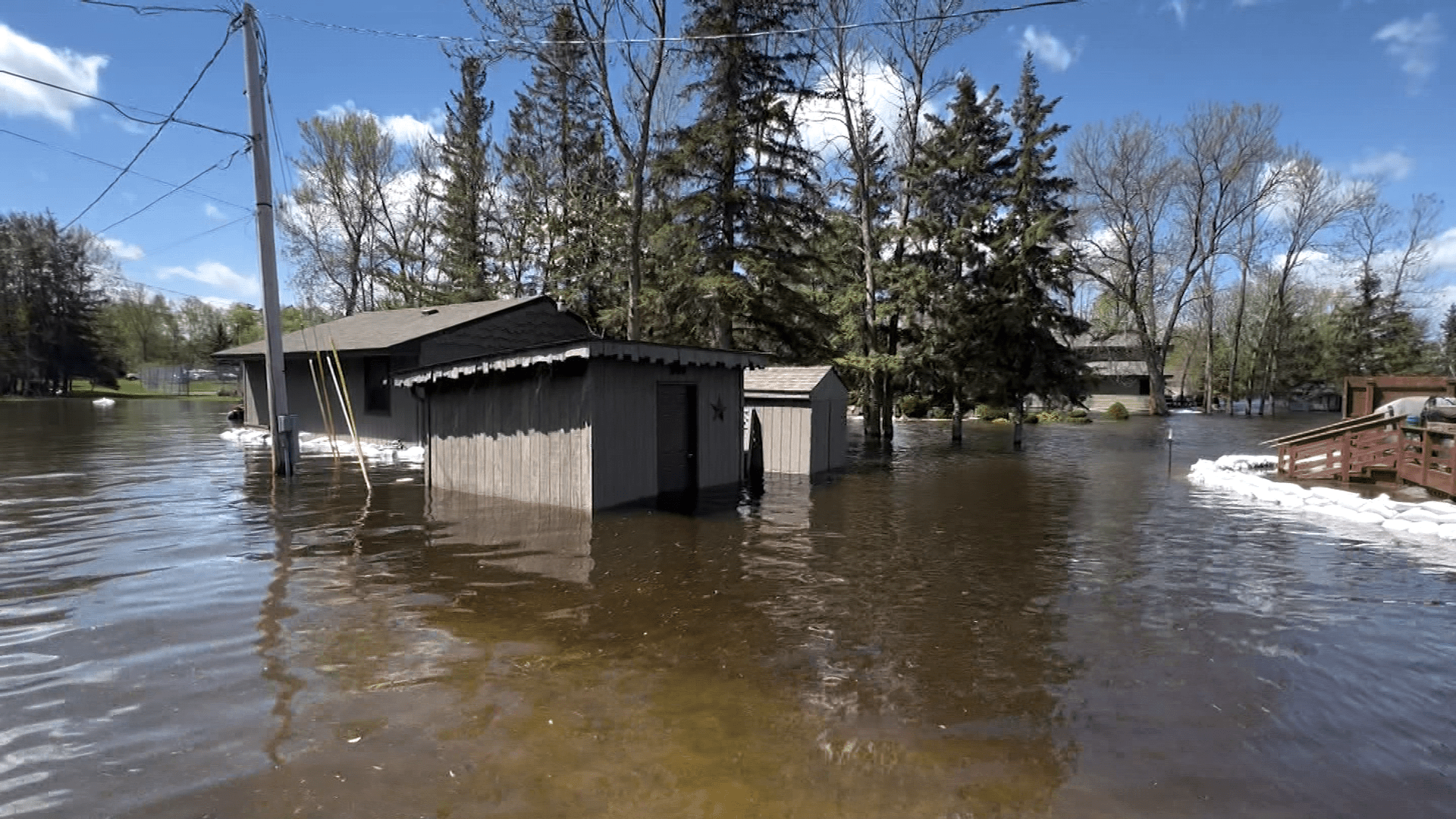 Many houses were surrounded by water as Rainy Lake continued to rise. (WDIO/Sabrina)

“Just being 75 years old and being around all those years, I sort of had this inclination that we were going to have a problem this spring,” said Watson. “I didn’t dream that it would be this high or it would be this extreme, but with the amount of snowpack and frozen ground and in the spring rain, I had my fears way back in March. And obviously it went and it got way worse than I’ve ever seen.”

Not everyone agreed with the concerns of Watson, Waller, and other Rainy River Basin residents. Every year by March 10, the Water Levels Committee of the International Joint Commission’s International Rainy-Lake of the Woods Watershed Board decides whether or not to implement a high flood risk curve when controlling the Rainy Lake Dam.

“If it were to be fully implemented, it could result in reducing the level of the lake by about 12 inches,” said IRLWWB U.S. Co-Chair Colonel Karl Jansen. “We decided not to implement that curve this year because the basin was experiencing normal conditions at the time and we were still in a severe drought following last year’s exceptional drought.”

A rule curve is an optimal range to aim for when controlling the water level. Although the high flood risk rule curve was not implemented, the lake level was lowered at the time.

“We always want to play things on the safe side,” explained Jansen. “So we asked the operators of the dams to target what we call the middle of the rule curve, and that resulted in reducing the lake level about four inches through March.”

March went out like a lamb, making way for a historic April. For the Rainy-Namakan basin, this was the wettest April on record. International Falls recorded 7.61 inches of precipitation, shattering the previous record of 4.53 inches that was set in 1925.

As the northern quarter of Minnesota received 100-200% above the normal for April precipitation, the flow of Rainy Lake became difficult to control.

“The operator’s goal is to match the outflow of Rainy Lake with the outflow of the dam. The dam actually doesn’t control the level of the lake in high water,” explained Jansen. “All it can do is match what naturally flows out of the lake, so their job at that time was to match those flows. As the flows increased out of Rainy Lake, the flows increased out of the dam. The dam operators opened more and more gates to accommodate that, and eventually that went to the all gates open criteria, which meant it was uncontrolled flow.”

As the lake level rose, community members did everything they could to protect their property.

“Everything was working,” said Waller. “We had the walls of sandbags, they were at least five feet tall. And we had a northwest wind. When that came, I told my wife the night before, ‘can’t beat the wind’.”

Volunteers from all over the region came to help. A group of Latter-Day Saints helped increase the amount of sandbags around the Waller home.

“It was really something the way they showed up,” recalled Waller. “Muscles, everything like that. They’re young, and everyone that lives here is retired. Throwing sandbags in 2014 was easy, but not in 2022.”

Even with outside help, only so much could be done to defend against Mother Nature.

“It’s just a sinkhole,” said Waller. “Unless they make changes, with any more bad winters, I can’t see us not having more floods. Look at the damage. And I’m lucky, I have friends who lost their house.”

As the community rebuilds, many are left with questions, specifically about the March 10 decision to not implement a high flood risk rule curve.

“There’s a lot of rumors floating around, and the rumors are that they were warned,” said Waller. “And if they were warned. Why didn’t they heed the warning? Because the people in my understanding told them, you need to drop it at least a foot to a foot and a half.”

The Water Levels Committee stands by their decision.

“Unfortunately, that would not have made it a significant difference,” said Jansen. “And we’ll never have the luxury of perfect forecasting or the ability to go back in time. But we have done sophisticated modeling, and whereas maybe the high risk rule curve would allow you to lower the lake level about a foot in the spring, you don’t gain that foot of storage through the flood. It’s just based on the mechanics of water and water pressure of water leaving the lake. We estimate for Rainy Lake, the difference would have been within 1 to 2 inches of the peak rain.”

To clear the air and explain their decision-making during this spring’s flood, the committee held a community listening session on Thursday at Rainy River Community College in International Falls.

“We serve the community. This community has been greatly impacted over the last several months. Floods starting in April. Many people have lost their property, business, and many other opportunities,” said Jansen. “And so we want to strengthen our bond with them. If they understand what our role is and our limitations and we understand what’s important to them, we can all work together as we move into the future.”

The committee had a 20-minute Powerpoint presentation on the flood event and then gave the opportunity for honest feedback and questions from the community. The rule curve decision was mentioned several times within the two-hour meeting.

“Unfortunately people would have suffered in a very similar fashion,” emphasized Jansen. “Whether or not we implemented that curve, the curves were not designed to accommodate the type of flood that we had this year. The rule curves can make a difference in times of moderate or minor flooding, but not extreme flooding.”

Watson asked multiple questions about the water level and decisions with the dam.

I left the meeting and I respect these folks and what they do. I mean, they’re experts. I’m a layman who observes it all over a lot of years,” Watson said. “Everybody was respectful of one another. People were allowed to give their opinions, ask questions, and to the best of their knowledge, they were answering those questions based on the knowledge they have now, and as they do more research, we’re going to get more answers as to what happened and how we can mitigate things down the road.”

The committee will spend the next several months studying this record flood event.

“One key takeaway is that we need to be prepared for extremes in the future, either dry or wet years. We will learn a lot from analyzing this storm,” remarked Jansen. “We also would like to be part of the conversation in the community to focus on resilience and knowing that rule curves cannot prevent a flood of this magnitude. We want to be there with the community as they figure out ways to protect themselves if and when it does happen in the future. And unfortunately, we think it probably will.”

A post-flood report will be released in spring 2023.

“I’m happy that they’re looking at that and are willing to investigate it and come back and report to the folks and say, this is what this is what we did,” said Watson. “This is what the conditions were. These are things we can do in the future to try to hopefully have this not happen again.”