WDIO-TV’s Meteorologist Brandon Weatherz and Photojournalist Kyle Aune were honored with an Upper Midwest Regional Emmy® Award during the Emmy® Awards Gala on Saturday, October 15 at the Radisson Blu Mall of America in Bloomington, MN.

WDIO Storm Team Meteorologist Brandon Weatherz and Photojournalist Kyle Aune were honored in the “Weather – News” category. The award is for Brandon’s “Weatherz School,” including stories about why the skies turn red during sunsets; ingredients needed for rainbow formation; what causes wind; and explaining thunderstorm cap.

Brandon said it was a big honor, especially because as a self-proclaimed “weather nerd,” Weatherz School is a part of the job he love.

“I’m so fascinated with all kinds of weather phenomena and how they can impact our lives,” he said. “And for this to represent that other people see value in me rambling on about those explanations, that means the world to me.”

Brandon was not able to attend the ceremony because he had a prior engagement in Chicago. He said he and his wife Tia made time to watch the livestream of the event with friends, which made it “really special.” 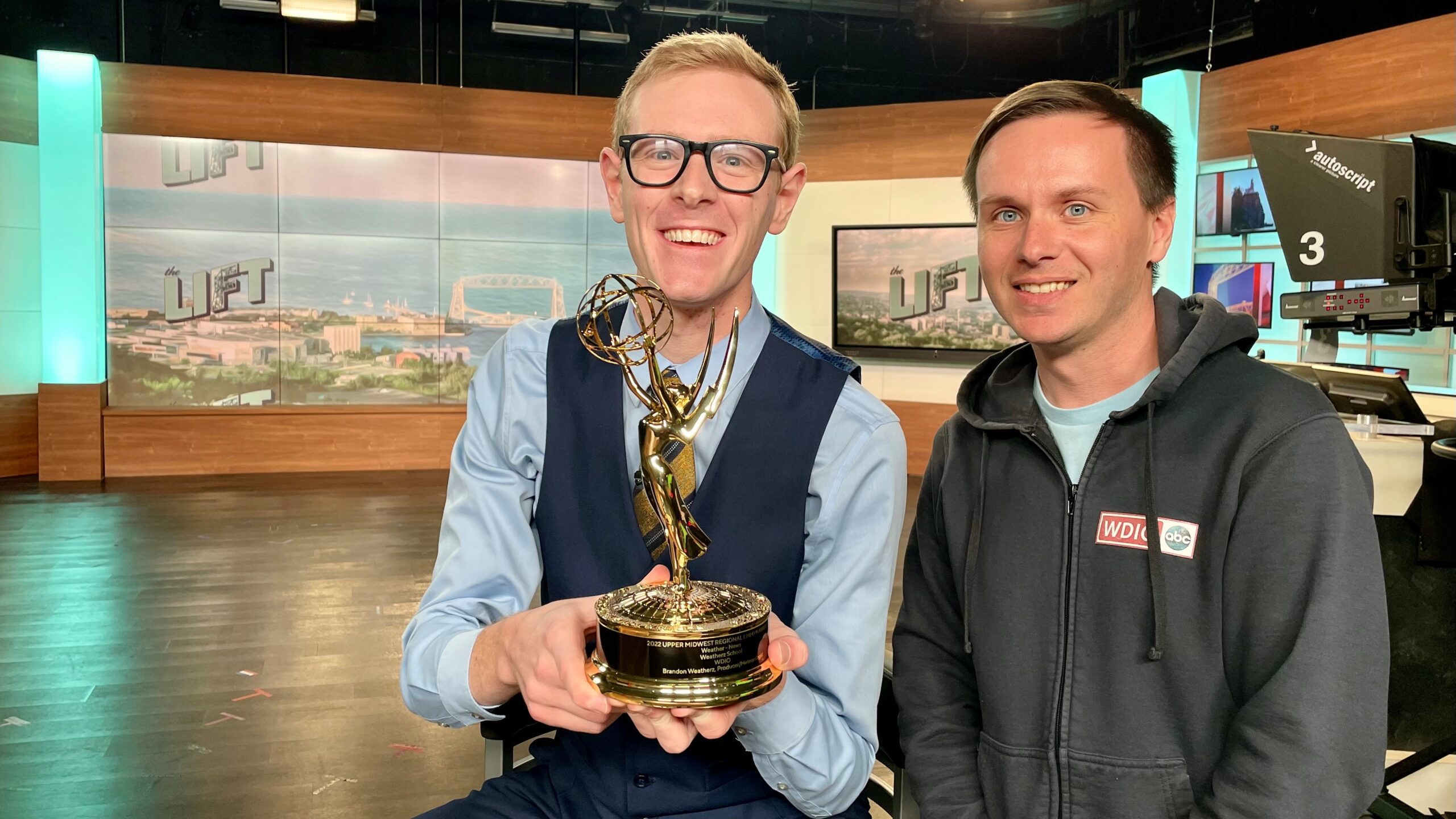 “Being awarded an Emmy® is a great honor for our station,” News Director Rob Heverling said. “Team members from every department and every corner of the building work so hard to put on the best newscasts possible. Having that recognized by our peers is really something special.”

Brandon worked with photojournalist Kyle Aune on telling these stories.

WDIO-TV has been honored with 79 Emmy® Nominations since 2000.

The Upper Midwest Chapter of the NATAS was established in 2000, and currently includes Minnesota, North Dakota, South Dakota, Northwestern Wisconsin and a portion of Iowa. The National Television Academy is a professional service organization dedicated to the advancement of the arts and sciences of television and the promotion of creative leadership for artistic, educational and technical achievements within the television industry. It recognizes excellence in television with the coveted Emmy Award for News & Documentary, Sports, Daytime, Creative Arts, Public & Community Service, Technology & Engineering/Advanced Media and Business & Financial Reporting. Excellence in Primetime programming and international programming is recognized by its affiliate, the Academy of Television Arts & Sciences. Regional Emmys are given in 19 regions across the United States.