The University of Wisconsin-Superior (UWS) softball team had received just a third place preseason ranking in the Upper Midwest Athletic Conference (UMAC) polls. They then went on to open the 2022 season with eight straight wins, proving they’re ready to defend their UMAC title from last season.

"We want to prove that we are better than the three slot," second year head coach Melissa Fracker said. "I think it is a good thing for us to, number one, know our opponents in conference and be able to tailor what our practice looks like. Then, also, [we] have that chip on our shoulder to stay hungry even in days that we’re inside."

The Yellowjackets now currently sit 11-5 overall as they approach their conference opener.

UWS will have to wait a bit longer to begin their quest for back-to-back conference championships, as poor field conditions has forced the postponement of Saturday’s scheduled UMAC doubleheader at Martin Luther College. But with seven national tournament tested returners, and 14 freshmen, the Jackets are versatile and ready for anything. 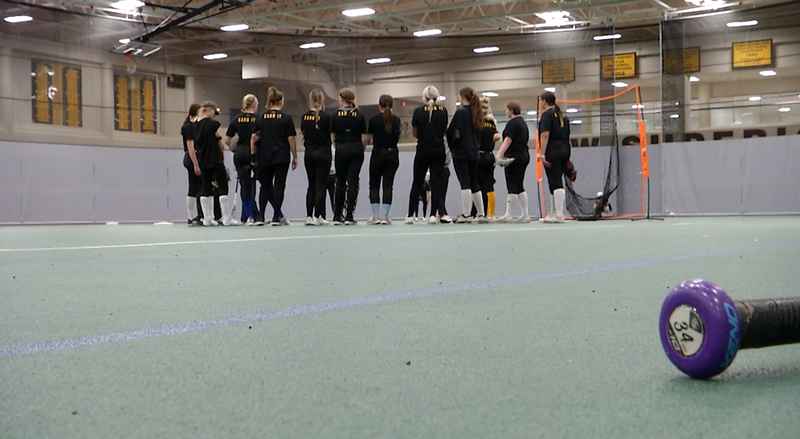 The UWS softball team huddles during an indoor practice on Thursday.[WDIO/Alicia Tipcke]

"I feel like we have a lot more energy this year," sophomore outfielder Jessica Jacobson said. "We have a lot of young guns here which is super exciting, a lot of new talent. Honestly our energy is changing every game."