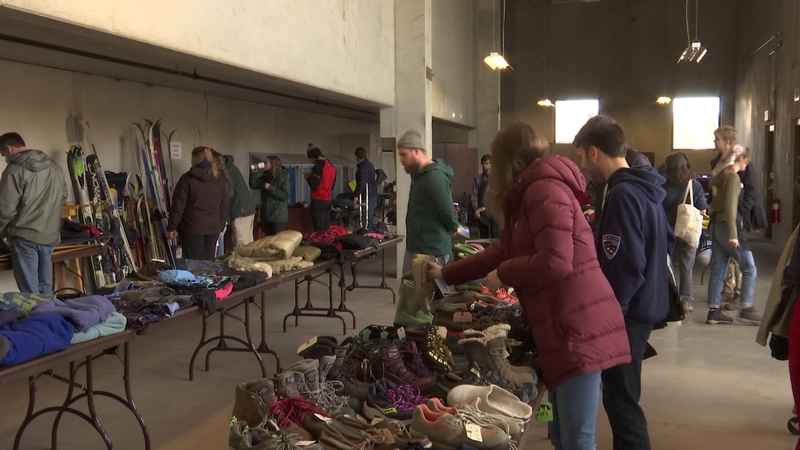 The Annual Outdoor Gear Swap was back on campus at UMD bringing the adventurous folks from the community out of the woodwork to support the campus’ fundraiser.

“Pretty much any outdoor gear you can think of is being bought and sold here”, says volunteer Sarah Nesheim

The swap works where people can buy or sell their outdoor gear and the organization gets a cut of the profits.

Nesheim says, "The sellers will set the price and then when it gets sold the outdoor educators club from UMD will keep 15% of the profit."

And with Duluth being an already outdoorsy city the swap had plenty of stuff to choose from. Like skis, boots, jackets, and other things. All of which were in pretty good shape. Sarah says, "Most everything that I’ve seen is still in really good condition and the prices are phenomenal."

And with access to multiple different activities it’s opened the door for people to try something new.

Wyatt Steffenson, a UMD senior says, “It’s a really cool community to have everybody who’s so invested in being outside. I’m from Iowa and so being able to try new things go cross country skiing in the winter… the new opportunities are really exciting."

Along with it being a club fundraiser, there’s also another benefit the gear swap is offering to Duluth. Sarah Nesheim, "Not only is it really good for people to be able to buy used gear just because it’s cheaper, but also for the helping the environment. Buying used gear is really nice. Reusing it making sure people still get use out of it because all of this gear is still really nice and still in good condition."