Set to get the players re-acclimated with each other, and start to build that Bulldogs compete level.

"Hard work, hustle, and to have a little bit of grit on the football field, and we have started that throughout the offseason. I think that there are a lot of guys on the team right now that are starting to transition into the serious college football player.

Where it isn’t an easy thing it’s mentaly and physically tough. When you have conditions like we do today, we find out as a coaching staff who is willing to see through some of the things that don’t matter and understand the things that do matter is being able to concentrate during tough times," said head coach Curt Wiese.

UMD’s spring schedule will consist of practice at 2:00 pm on Mondays, Wednesdays and Fridays, with another practice at 8 a.m on Saturday mornings. 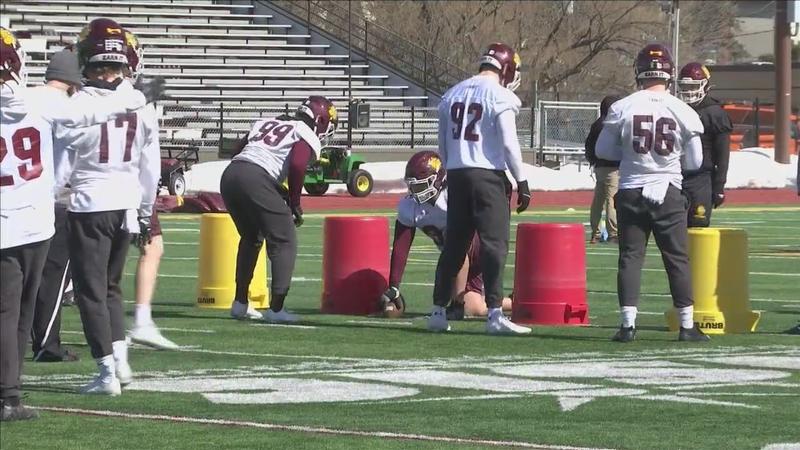