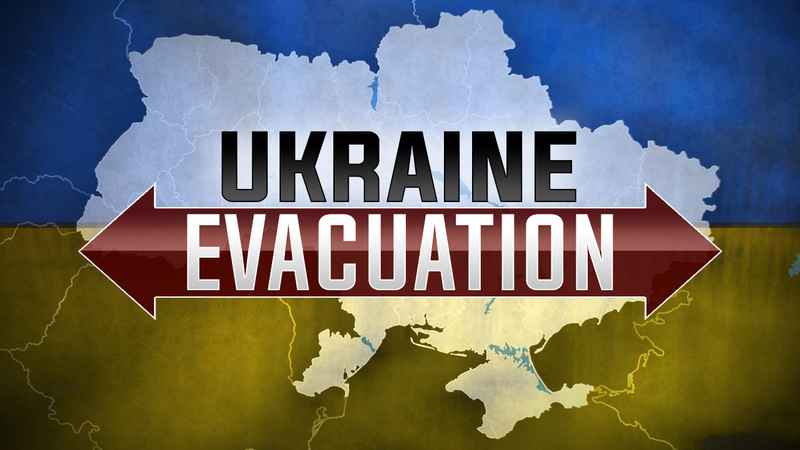 The new milestone also indicated that 157,000 third-country nationals — people who aren’t Ukrainian — were part of the outflow in what U.N. officials have called the largest refugee crisis in Europe since World War II.

IOM spokesman Paul Dillon said at a U.N. news briefing in Geneva on Tuesday that the totals were compiled from figures provided by national authorities.

The U.N. refugee agency UNHCR, which provides a more detailed count than the IOM though based on similar data, has reported that more than 1.8 million of the refugees were in Poland.

UNHCR spokesman Matthew Saltmarsh said some 300,000 had moved on from there to Western Europe and noted that the vast majority of those fleeing have been women and children.

"It was very terrifying"

Refugees continued to pour into Poland on Tuesday at a border crossing connecting Ukraine to the Polish village of Medyka.

“We would like to go back home as soon as the war ends and when there’s peace,” Deslichenko said. “It was very terrifying. There were bombs during the day, also rockets, everywhere in Ukraine. There were a lot of explosions. As soon as it calms down and the war is over, we will go back.”

Oksana Voloshen, 59, said she crossed the border to buy groceries to bring back to Mostyska in far western Ukraine.

“We have nothing in the shops,” she said.

Nicolas Kusiak, who leads NGOs and volunteers at the Medyka border crossing, said that while they’re seeing mostly refugees entering Poland, some are headed the other way.

“We have a lot of military, ex-military from all over the world, the (United) States, U.K., Germany, Denmark, even Poland, joining the international legion,” Kusiak said.