Temperatures may be feeling more like spring, but that is not stopping skiers and snow boarders at Spirit Mountain.

“We have so many people that are just celebrating the winter because in northern Minnesota, we hit 30 or 40 degrees and put a T-shirt on, you know, we’re a unique batch that really enjoy playing in the snow and having so much fun,” said Director of Resort Services Jon Regenold.

A week of warmer temperatures has resulted in seven inches of snow melting in Duluth. Despite this, Spirit Mountain is still going strong.

“Every year we look towards this week that just starts to warm up, and our slope is good,” said Regenold. “Snow has its ability to just maintain itself and really insulate itself fairly decently against the warmer temperatures. While the snowpack in the woods might be diminishing or in the backyards may be diminishing, we’ve really made a lot of snow that holds us into the season and into the end of the season as well.”

The ski resort was packed on friday, with locals as well as visitors. 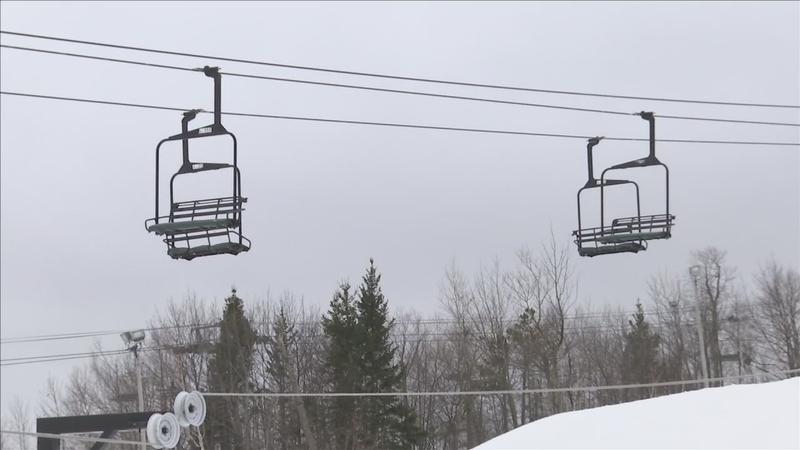 “Everything has been so great,” said snowboarder Tiffany Anderson. “The snow has been a lot better than the ice in the cities, so the weather, the warm weather’s been just awesome.”

“This is really a fun time because as the snow fluctuates through the day, you get that almost mashed potatoes sometimes that they’re skiing through, a lot of slushy, a lot of really soft snow,” said Regenold. “And then it hardens up and then our hill operations crew comes out at night and they’re able to groove it out, so it is it is more work in the operations team to keep it going, but that’s work that’s typical for us.”

The Northland has had a great ski and snowboard season so far, but all good things must come to an end.

“Through this weekend, we’re going with our normal operation hours,” Regenold explained. “Next week. we are adjusting to do just a 10 a.m. to 6 p.m. all the way through the 27th, which will then be a typical Sunday, and the 27th will be really our last day of the season.”

Depending on the weather and how the snowpack holds up, Spirit Mountain may be open additional weekends in early April. The resort will be packed full of events leading up to the last official day.

“We’ve got Nordic Cross, we’ve got our annual smash event, which is Spirit Mountain’s annual spring happening where we’ve got a number of events packed into one day We really have a party on March 26,” said Regenold.

In the meantime, the slopes are a place where seasons combine with the sunshine and warmth of spring alongside the snow.
“I feel like we go all day, all day long into the night if I wanted to,” said Anderson. You don’t have to worry about your face freezing or your nose dripping, so it’s a great time.”