Usually fighting from the opposite bench, University of Minnesota Duluth (UMD) men’s hockey head coach Scott Sandelin was able to do something rare Thursday night.

Instead of facing off against his son Ryan Sandelin, Scott was able to cheer him from the stands as he helped Minnesota State University-Mankato skated past the Minnesota Gophers 5-1 and into the NCAA Men’s Ice Hockey Championship game.

"Being back in Boston, that’s the first Frozen Four he ever made it to and I was just a little kid back then," Ryan shared about his dad. "It was really special. That’s the first memory I have of Bulldog hockey" Ryan went on to add, "to be back here in this setting, and kind of doing it all over again, is kind of full circle and it’s really special that he gets to be here as a fan."

While competing at Hermantown High School Ryan helped the Hawks to two state titles. Now on Saturday he will fight to help the Mavericks earn the crown of the nation’s best hockey team.

Mankato and the University of Denver will face off in the NCAA championship game Saturday at 7pm at Boston’s TD Garden. 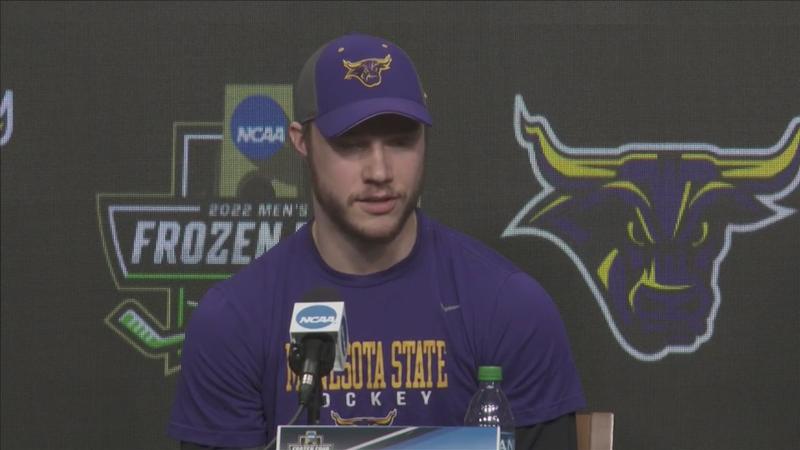 Ryan Sandelin speaks to the press ahead of the NCAA championship game on Saturday.[KSTP Sports.]